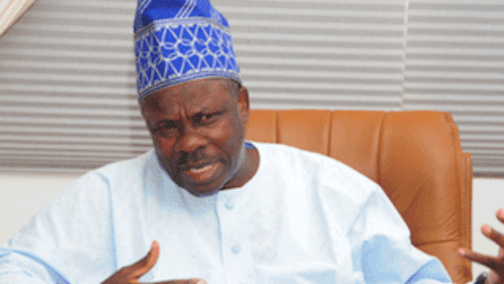 Recall that Amosun had backed the candidature of Adekunle Akinlade who contested on the platform of the Allied Peoples Movement (APM) against Abiodun who was the candidate of the All Progressives Congress (APC).

Naija News reports that Akinlade as now joined the governorship ticket of Ladi Adebutu of the Peoples Democratic Party.

Speaking on Friday in Abeokuta after receiving an award, Amosun said Governor Dapo Abiodun was rigged into office.

The lawmaker representing Ogun Central Senatorial district claimed that those who helped rig Abiodun into office have apologized to him.

He said: “During the last election, thank God, Chief Osoba is here, I have said it, we won convincingly. They rigged, rigged, and ended up with 19,000.

“Some of them came to apologise to me. I can be mentioning…

Amosun: Those Who Rigged Abiodun Into Office Have Apologised, But He Must Be Removed