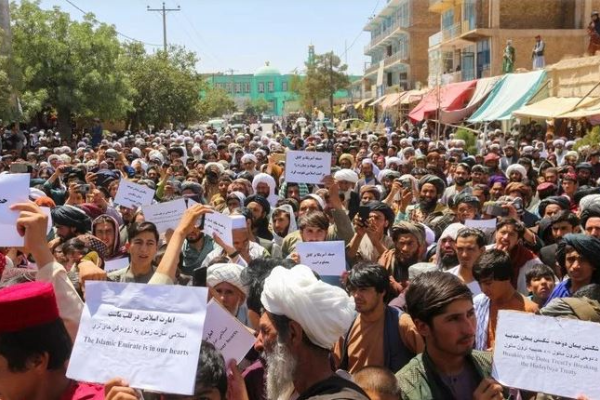 Hundreds of Afghans protested on Friday against a US drone operation that Washington claims killed Al-Qaeda leader Ayman Al-Zawahiri earlier this month.

The protests came a day after the Taliban stated their government had no information about Zawahiri “coming and living” in Kabul and urged the US not to assault Afghan land again.

According to US sources, Zawahiri, the top leader of the hardline Islamist militant group, was killed with a missile fired from a drone while standing on a balcony at his Kabul hideout on Sunday, the heaviest blow to the extremists since US Navy SEALS…

Back to Top
Close
X
Ashiwaju/Shettima administration will deliver on all electoral promises-Adewale…In the NewsTVC News   Comrade Ayodele Adewale, the organising Secretary of the All Progressives Congress (APC) in Lagos State and former chairman of the Amuwo Od…

X
Fire guts 10-room residential building in AkureIn the NewsTVC News A ten room apartment has been gutted by fire destroying property worth millions of naira at Sijuwade area of Akure, Indo state capital. The f…