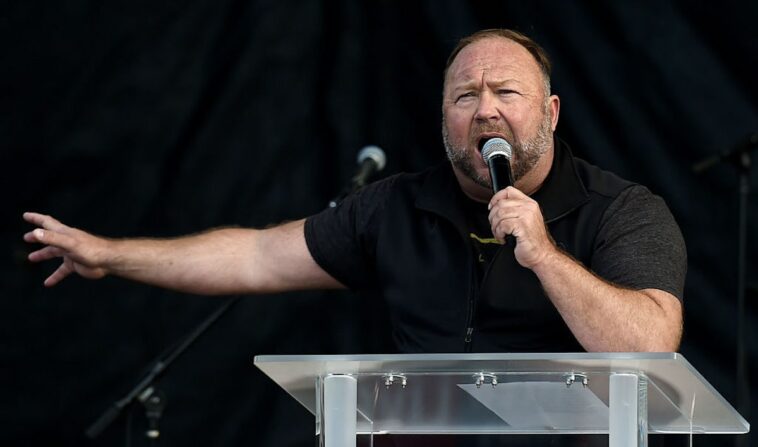 A Texas jury ordered Infowars host Alex Jones to pay $45.2 million in punitive damages on Friday to the parents of a 6-year-old child killed in the 2012 Sandy Hook Elementary School mass shooting.

The hefty charge comes on top of another $4.1 million compensatory charge that the jury directed Jones to pay to Scarlett Lewis and Neil Heslin, the parents of 6-year-old Jesse, who was killed at Sandy Hook alongside 19 other children and six educators. The trial is the first of three over conspiratorial comments Jones made following the Sandy Hook tragedy denying it had happened.

Jones will sit for two more trial next month, one more in Texas and another in Delaware, and face the families of more of the victims of the Sandy Hook massacre. The families allege that Jones defamed them in the aftermath of the tragedy.

In closing comments on Friday, Lewis and Heslin’s attorney Todd Ball told the jury: “We ask that you send a very, very simple message, and that is, stop Alex Jones. Stop the…