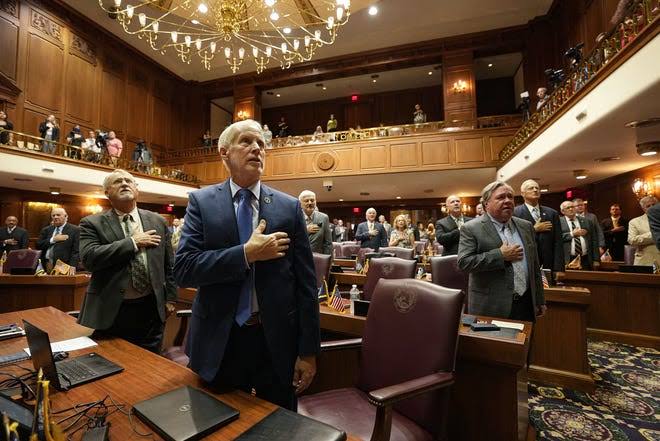 Gov. Eric Holcomb announced late Friday that he had signed Senate Bill 1 within an hour of its passage, capping a marathon day that saw both chambers pass the bill outlawing abortion except for several narrow exceptions.

“Following the overturning of Roe, I stated clearly that I would be willing to support legislation that made progress in protecting life,” Holcomb said. “In my view, SEA 1 accomplishes this goal following its passage in both chambers of the Indiana General Assembly with a solid majority of support.”

Late Friday, the Indiana Senate voted 28-19 to accept Senate Bill 1 as passed by the House earlier in the day – making the legislature the first in the nation pass such restrictions since the U.S. Supreme Court opened the door by overturning Roe v. Wade.

X
Expose killers of 6 Nigeriens in South East — Buhari…Latest NewsPresident Muhammadu Buhari has condemned the killing of six Nigeriens and Nigerian law enforcement officials by terrorists in the South East, and has …