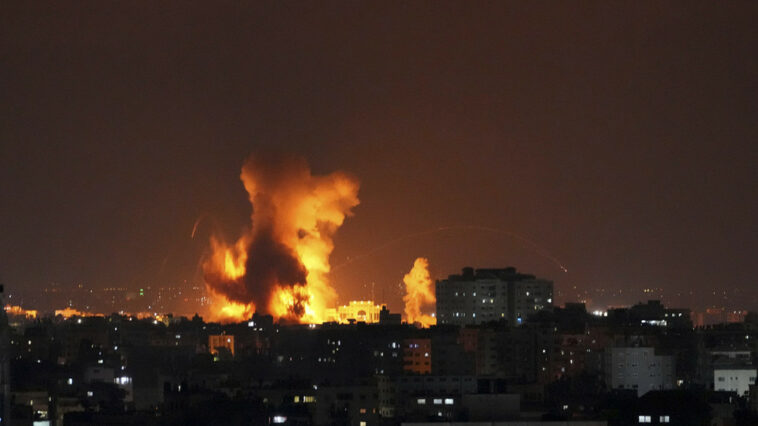 Israeli Defense Minister Benny Gantz held a phone conversation with his American counterpart Lloyd Austin on Friday night to update him on the objectives and progress of the ongoing military offensive in the Gaza strip, dubbed ‘Operation Breaking Dawn.’ While the IDF claims it took out senior terrorists, Palestinian officials say dozens of civilians were killed or injured.

“Minister Gantz emphasized that the State of Israel is working to defend its citizens, and will operate decisively and with as great precision as possible against terror operatives and infrastructure in order to reach its objectives,” Gantz’s office said in statement about the call.

Palestinian officials say that at least 10 civilians were killed in the strikes, among them a five-year-old…