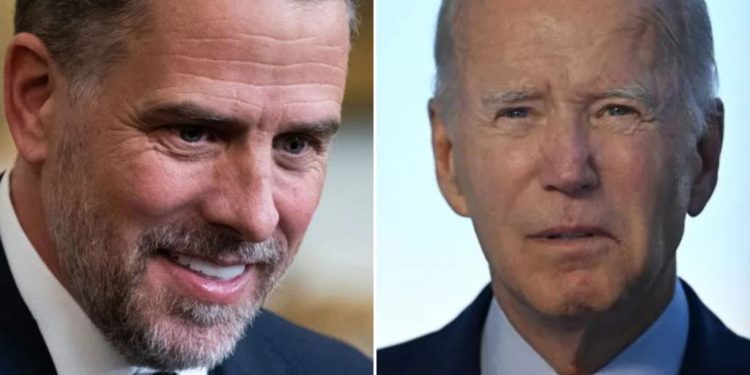 Joe Biden hosted a White House meeting with two Chinese energy executives with ties to his son Hunter back when he was vice president in 2014, records show.

The president, who still insists he never spoke to Hunter about his son’s overseas business dealings, met the two executives from Wanxiang — a major Chinese company — in the West Wing on July 25, 2014, according to White House visitor logs.

Wanxiang America president, Pin Ni, and Wanxiang Resources Co. president, Youhong Han, were at the White House for just over an hour — after the last-minute meeting was scheduled a day earlier, the records, first reported by the Daily Mail, show.

A client of Hunter’s Seneca Global Advisors company, GreatPoint Energy, had previously partnered with Wanxiang in 2012 for a $1.25 billion natural gas plant in China.

Hunter was also linked to the Chinese company via his investment in the Fisker car business, which was bought by Wanxiang in February 2014. Biden’s son had previously purchased one of Fisker’s electric sports cars for more than $100,000.

Four days after the Chinese businessmen met with Biden, one of the executives reportedly sent a gushing email to Hunter regarding his sports car.

“Last Friday when we visited D.C., I heard that your Fisker is out of order and could not get serviced. Sorry,” Ni wrote in the email. “It would be our honor to get your Fisker fixed… I would like to give you a call to see what we could do as next step.”

He added, “It would be our great honor to welcome you to visit Fisker or Wanxiang at any time.”

The meeting with the Chinese execs is just the latest in a long list of Hunter’s foreign associates who had met with Biden during his time as vice president, according to records and details found on the first son’s infamous abandoned laptop.

One of Hunter’s closest business partners, Eric Schwerin, made at least 19 visits to the White House and other official locations between 2009 and 2015 — including a sit down in the West Wing, records show.

Biden also met with Hunter’s business partners overseas — including in China in 2013 when he flew with his son to Beijing aboard Air Force Two for an official vice-presidential visit with the newly elevated President Xi Jinping.

Hunter’s dealings, which Biden continues to deny any knowledge of, are almost certainly part of the ongoing Justice Department probe into the first son, which has reportedly reached a “critical stage.”

Biden, who has been accused of going soft on Beijing amid his son’s ongoing scandals, and his refusal to discuss his business dealings, is facing mounting calls from Republicans to be included in a conspiracy probe as evidence continues to grow that he was aware of Hunter’s dealings — including in China.

In addition to meeting Hunter’s associates, Biden was identified as a recipient of a 10% equity stake in a company created for a joint venture with Chinese conglomerate, CEFC. He was referred to in emails as “the big guy,” according to ex-Hunter associates.

Republican lawmakers have since vowed to hold congressional hearings after it emerged last month that Biden had left a voicemail for his son in 2018 to discuss a New York Times article detailing Hunter’s dealings with a Chinese oil tycoon accused of economic crimes — telling him, “I think you’re clear.”