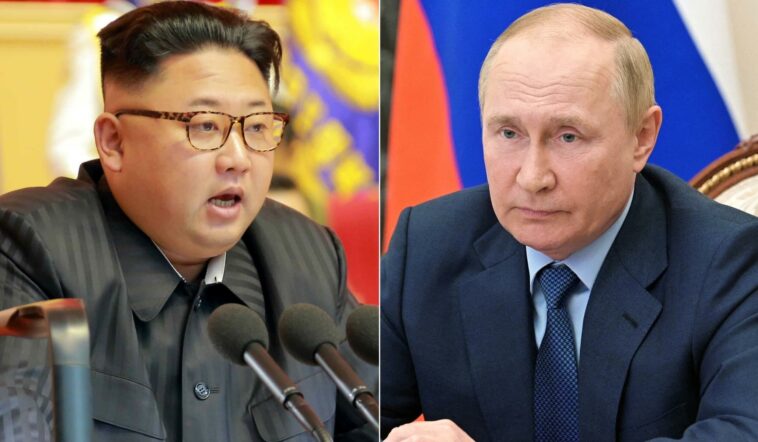 The pariah state’s offer of military assistance could not be immediately verified, but it was seized upon by Russian defense pundit Igor Korotchenko.

“There are reports that 100,000 North Korean volunteers are prepared to come and take part in the conflict,” Korotchenko said on Russian Channel One.

Korotchenko was notably interested in what he called the North Korean’s “wealth of experience with counter-battery warfare” — a telling remark given reports of Ukraine’s long-range artillery success since acquiring US-made HIMARS rocket systems in June.

“If North Korea expresses a desire to meet its international duty to fight against Ukrainian fascism, we should let them,” Korotchenko said.

Seemingly no consideration was given to what constitutes a “volunteer” force in an authoritarian state such as North Korea.

The claim of North Korean assistance comes as several Russian satellite states are providing so-called “volunteer” forces, a sign that some Western intelligence analysts have taken as an indication that Vladimir Putin lacks the political capital to order a mass mobilization within Russia.

Just last month, UK spymaster Richard Moore said he believed Russia’s war effort was “about to run out of steam.”

“Our assessment is that the Russians will increasingly find it difficult to supply manpower [and] materiel over the next few weeks,” the MI6

X
Taiwan accuses China of simulating invasion as tensions rise…World NewsFrance 24Taiwan accused the Chinese army of simulating an attack on its main island Saturday, as Beijing doubled down on its retaliation for US House …