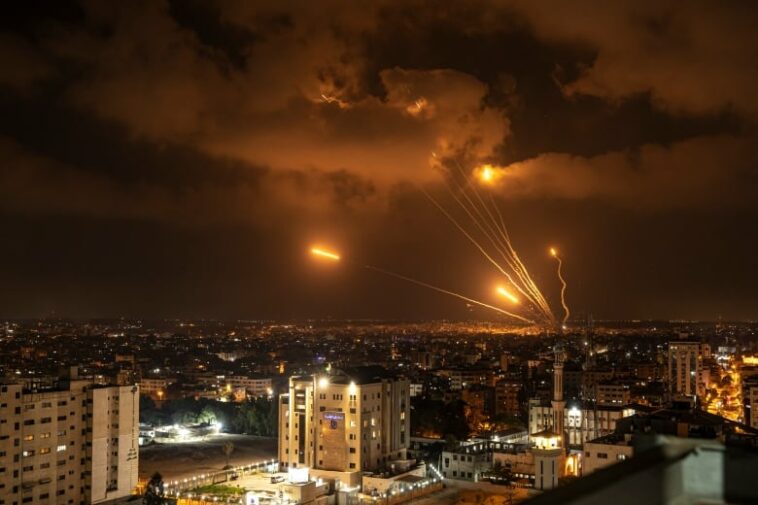 Israeli PM says his country ‘isn’t interested in a broader conflict, but won’t shy away from one’

Israel unleashed a wave of airstrikes in Gaza on Friday, killing at least 10 people, including a senior militant, and wounding dozens, according to Palestinian officials. Israel said it was targeting the militant group Islamic Jihad in response to an “imminent threat” following the arrest of a senior militant in the occupied West Bank earlier this week.

The strikes risked igniting yet another war in the territory. Israel and Gaza’s militant Hamas rulers have fought four wars and several smaller battles over the last 15 years, at a staggering cost to the territory’s two million Palestinian residents.

A blast could be heard in Gaza City, where smoke poured out of the seventh floor of a tall building. Meanwhile, a few hundred people gathered outside the morgue at Gaza City’s main Shifa hospital. Some entered to identify loved ones, only to emerge in tears.

The Palestinian Health Ministry said a five-year-old girl and a 23-year-old woman were among those killed and that another 55 people were wounded. It did not differentiate between civilians and militants. The Israeli military said early estimates were that around 15 fighters were killed.

Islamic Jihad said Taiseer al-Jabari, its commander for northern Gaza, was killed in the strikes. As mourners prepared to hold funerals for those killed in the attacks, hundreds — some waving Palestinian flags — marched through the streets of Gaza.

Israeli media showed the skies above southern and central Israel lighting up with rockets and interceptors from Israel’s Iron Dome missile-defence system. An explosion was heard in Tel Aviv.

It wasn’t immediately clear how many rockets were launched, and there was no immediate word on any casualties on the Israeli side.

The UN special envoy to the region, Tor Wennesland, said he was “deeply concerned.”

“The launching of rockets must cease immediately, and I call on all sides to avoid further escalation,” he said.