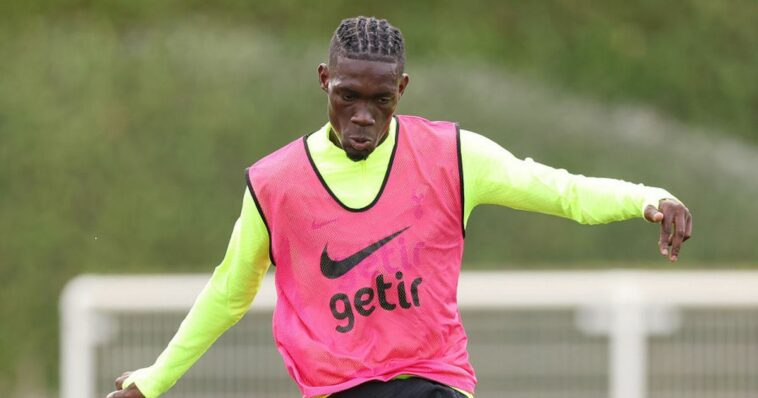 Spurs have been busy this summer with six new players coming in through the doors so far in Ivan Perisic, Fraser Forster, Yves Bissouma, Richarlison, Clement Lenglet and Djed Spence. However, due to a combination of injuries, fitness and suspension, none are in the starting line-up, with that XI looking very similar to the team that ended the last season in fourth place.

Richarlison is suspended, while Conte told football.london on Thursday that Perisic is still trying to get his fitness back following his recovery from a calf injury and Yves Bissouma has a hamstring tweak that the Tottenham boss indicated means he might not be risked. That means Ryan Sessegnon continues on the right

On the right, Matt Doherty is in a similar situation to Perisic as he works his way back from a knee injury. The Irishman appears to be Conte’s first choice for the role following recent comment from the Italian, but the fitter Emerson Royal gets the nod against the Saints, while 21-year-old Spence is on the bench needs to get up to speed with his fitness and adapt to the step up to the Premier League.

In the back three, Ben Davies returns to action for the match as he gets the nod over Davinson Sanchez and Lenglet, as the on-loan Frenchman continues to adapt to Conte’s demands in the back three and fitness requirements.

Yves Bissouma has recovered from a hamstring tweak to take his place on the bench. Such is the strength of Spurs’ squad, Japhet Tanganga, Pape Matar Sarr and Harvey White miss out, as do the quartet of Tanguy Ndombele, Giovani Lo Celso, Harry Winks and Sergio Reguilon, who have all been told they are not part of Conte’s plans. Oliver Skipp misses out with a hairline fracture in his heel.

Here is the team Conte has selected for the league opener.

Back to Top
Close
X
Transfer rumours: Alonso, Wan-Bissaka, Onana, Fofana, Udogie, De Jong…SoccerBarcelona remain in talks with Chelsea over Spain left-back Marcos Alonso and are confident of reaching an agreement to sign the 31-year-old. (90min) …

X
Fulham 2-2 Liverpool: Five things we learned as Reds salvage a point in season o…SoccerExpressLiverpool salvaged a point on the opening weekend of the Premier League season as second half goals from Darwin Nunez and Mohamed Salah cancell…