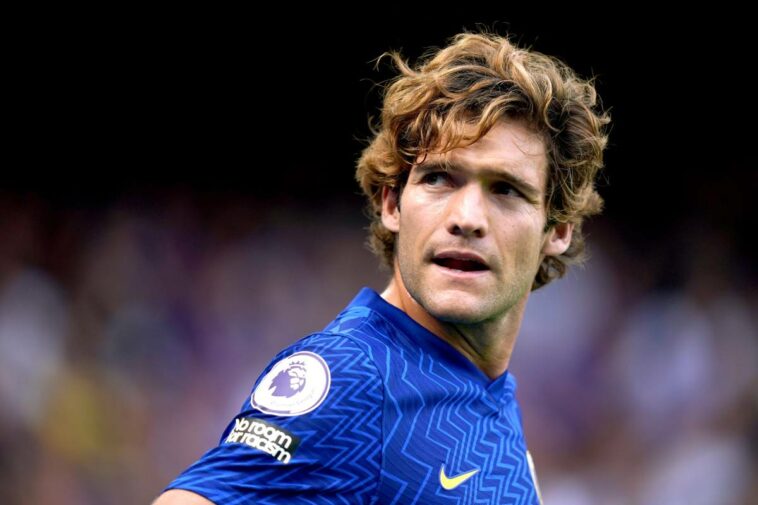 Barcelona remain in talks with Chelsea over Spain left-back Marcos Alonso and are confident of reaching an agreement to sign the 31-year-old. (90min)

Alonso has said his goodbyes to staff at Chelsea‘s Cobham training ground as he looks to seal his transfer this weekend. (Mail)

Everton are set to beat West Ham to the signing of Belgium midfielder Amadou Onana, 20, from Lille. (Mirror)

Chelsea may have to break the £80m world record transfer fee for a defender – held by Harry Maguire – to sign French centre-back Wesley Fofana, 21, from Leicester City. (Telegraph)

Tottenham are planning to complete a deal with Udinese for 19-year-old Italian defender Destiny Udogie next week. (Fabrizio Romano)

Barcelona and Netherlands midfielder Frenkie de Jong, 25, is prepared to remain with the Spanish club on a reduced salary despite interest from Chelsea and Manchester United. (Sport – in Spanish)

Leeds owner Andrea Radrizzani has said Chelsea agreed a £65m fee to sign Raphinha before “Barcelona influences” saw the Brazil winger, 25, choose to join the Spanish club instead. (The Athletic)

Back to Top
Close
X
Crystal Palace 0 – 2 Arsenal: Player ratings…SoccerVia 90 Mins: Arsenal began the 2022/23 Premier League season with a win after seeing off the challenge of Crystal Palace at Selhurst Park on Friday ni…