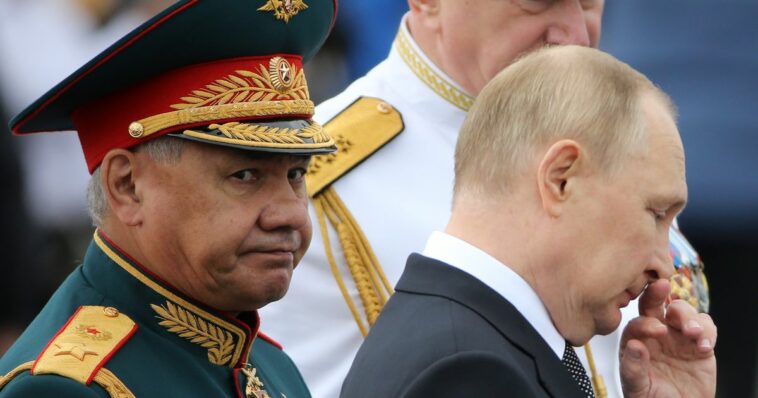 Russia has fired several military commanders due to the “poor performance” during the invasion of Ukraine, the Ministry of Defence claims.
The UK’s MoD said on Twitter on Sunday that it was “highly likely” that Russian officials have fired “at least six” commanders as Vladimir Putin’s invasion continues to make slow progress.
The tweet said: “The poor performance of Russia’s armed forces during its invasion of Ukraine has been costly for Russia’s military leadership, highly likely resulting in the dismissal of at least six Russian commanders since the start of hostilities in February 2022.”
Russia foreign minister Sergey Lavrov had originally said that the goal of the military invasion was to “ensure the demilitarization of Ukraine” and “ensure the denazification of Ukraine”, Newsweek reported.
However, Nato, the United States and the UK have been among the parties keen to help Ukraine with military and financial aid.
The CIA and MI6 estimated in late July that around 15,000 Russian troops have died in the conflict and Russia’s planned swift capture of Kyiv failed to materialise.
Putin subsequently scaled back efforts in Ukraine’s capital and has focussed instead on the eastern and southern regions in a bid to create a larger Russia-held area around the annexed Crimea region.
The MoD put the Russian military sackings…

Back to Top
Close
X
53 million Nigerians at risk of flooding, environmental expert warn…Latest NewsAclimate expert, Chuwumerije Okereke, says with the rise in sea level, an estimated 27 to 53 million people in the country might need to be relocated …