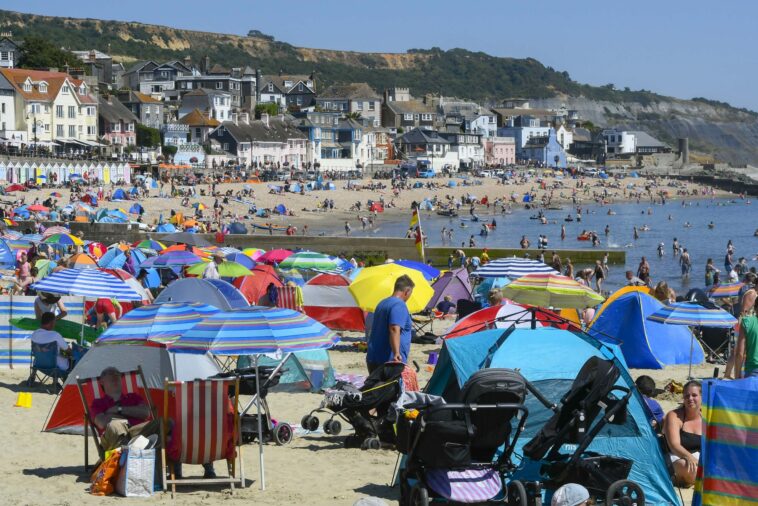 AN amber heatwave warning has been extended as the Met Office predicts temperatures could rise to 35C this week.

The warning took hold from midday today and will be in place through to 11pm on Sunday, the UK Health Security Agency (UKHSA) said.

The UKHSA extended the warning this afternoon after it had originally been in place until Saturday.

It was also revealed today that Thames Water could announce a hose-pipe ban in the coming weeks in the face of long periods of hot weather.

The Met Office warned that there are some warm nights on the horizon.

Official guidance states that some parts will see temperatures in the low 30s with many places being in the high 20s.

Met Office chiefs said temperatures could peak at 35C, or even an isolated 36C in some areas on Saturday.

The level 3 heat-health alert applies to all of England, but isn’t as severe as last month’s level 4 alert.

Dr Agostinho Sousa, head of extreme events and health protection at the UKHSA said temperatures will feel warm again this week, particularly in southern and central parts of the country.

X
Witch doctors 'kill 100 vultures with poisoned buffalo to use in potions'…EnvironmentDaily StarThe bizarre deaths of 100 vultures found dumped in a safari park are being blamed on local witch doctors.The grisly scene was discovered aft…