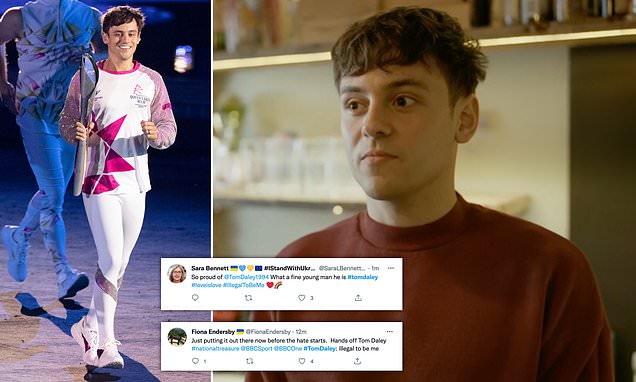 Tom Daley has been branded a ‘national treasure’ following the broadcast of his BBC documentary Tom Daley: Illegal to Be Me, which shows the athlete campaigning for the Commonwealth Games to be more LGBTQ+ friendly.

While making his documentary, he spent four years visiting the ‘most homophobic countries in Commonwealth’ in a bid ‘to explore how gay athletes are facing extreme persecution’.

What he learnt during filming prompted him to change his initial opinion that countries with anti-LGBT laws should be banned from hosting sports events – instead concluding that banning countries from hosting these events ‘puts a target on the back of LGBT people in that country’.

Responding to the programme, which aired on BBC 1 tonight, a number of people praised the athlete, with one Twitter user branding him a ‘national treasure’.