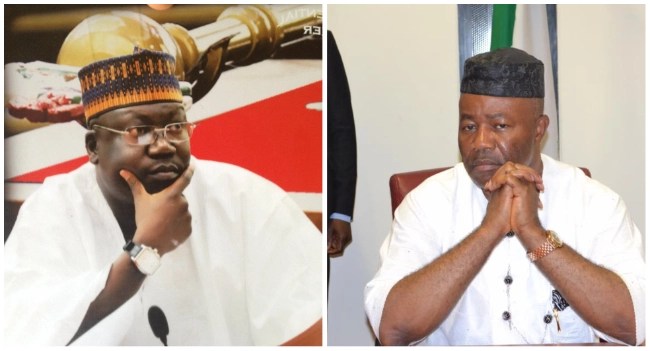 INEC had earlier rejected the nomination of the pair who vied for the APC presidential ticket in June.

However, a report by an online news platform on Tuesday claimed that INEC has finally accepted the nominations of Akpabio and Lawan as APC candidates in Akwa Ibom North-West and Yobe North Senatorial Districts for the 2023 general elections.

The National Commissioner and Chairman Information and Voter Education Committee, Festus Okoye, who reacted to the report in a statement in Abuja, said the commission has not recognized two men as senatorial candidates.

He said: “For the record, the commission has not…

X
PDP crisis: Party leadership, Wike in standoff — Source…Political LandscapeThe crisis rocking the Peoples Democratic Party, PDP, may not abate soon as indications emerged yesterday that the leadership of the party appears to …