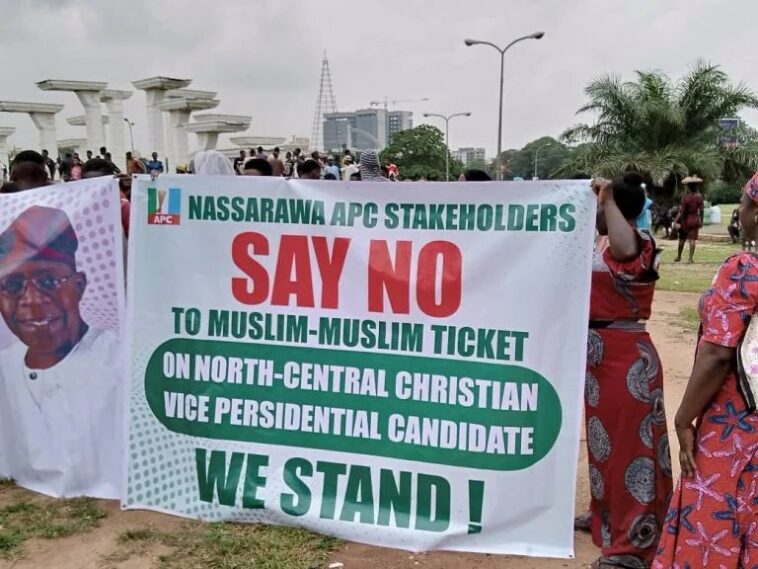 A coalition of North-Central Christian groups in the All Progressives Congress (APC) on Tuesday protested the party’s decision to settle for a Muslim-Muslim ticket in the 2023 general elections.

The groups which came together under the aegis of North- Central Youths and Women Forum also kicked against the appointment of the Plateau State Governor, Simon Lalong, as the Director-General of the party’s Presidential Campaign Council.

The protesters, who comprised members from the six North-Central States and the Federal Capital Territory, later marched to the Presidential Villa, Abuja, where they dropped a letter for President Muhammadu Buhari.

They also carried placards with inscriptions such as “Lalong is a Judas, Lalong is a betrayal, Lalong is on his own,” “We say No to DGship, give us our VP slot,” “On North- Central Christian vice-presidential candidate we stand,” and “Dear Asiwaju…keep your DG, give us a Christian VP, all Christians in the APC say no to…

X
Wike’s romance with Tinubu’s men rattles Amaechi’s base…FeaturedPunch There are strong indications that the Rivers State All Progressives Congress led by immediate past Minister of Transportation, Rotimi Amaechi, i…