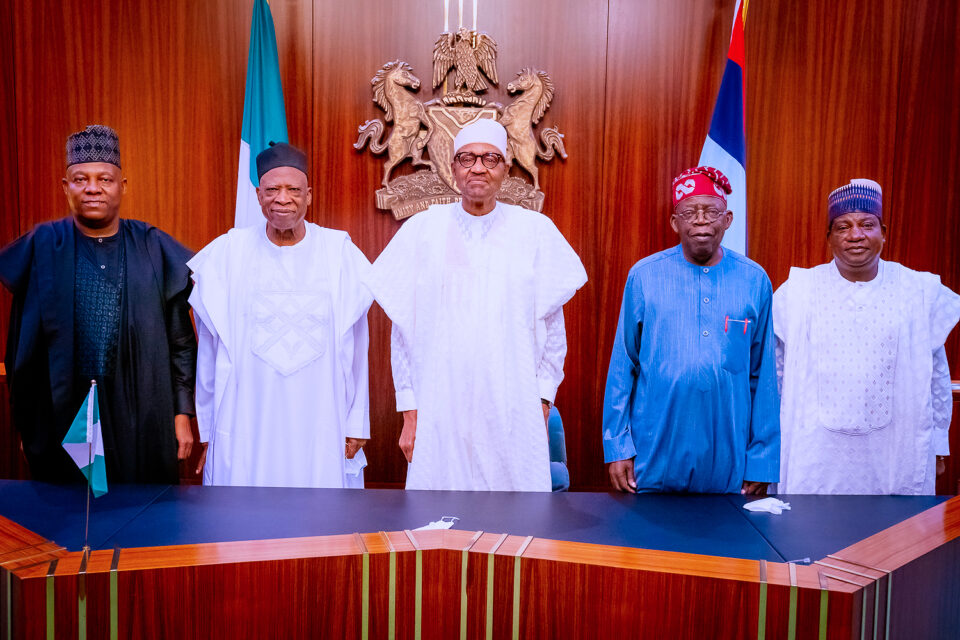 Christian groups in Plateau State have berated Governor Simon Lalong for accepting his nomination as the Director-General of the All Progressives Congress (APC) Presidential Campaign Council in preparation for the 2023 general election.

The groups, under the aegis of the Concerned Christians on the Plateau, during a joint meeting of the executive, women and youth wings of the Christian Association of Nigeria described the acceptance of Governor Lalong to serve as DG of the APC presidential Campaign Council as a selfish move that would be responded to at the polls by the peoples of Plateau state and Nigerian Christians at large.

Collectively, the Christian groups said Lalong has betrayed his faith, Christendom by yielding to the party’s Muslim/Muslim ticket APC presidential ticket, where tfoprmer Governor of Lagos State, Bola Tinubu, had, against all entreaties, shunned Christians and settled for the former Governor of Borno State, Kashim Shettima, a fellow Muslim, as his running mate.

Speaking on behalf of the groups in a press conference on Monday in Abuja, Rev. Dr Bernard Kyenson, said Lalong has indeed chosen a wrong path.

He added that not only has Lalong been excommunicated from any further church activities, but the governor’s ultimate destination is the abyss.

“The Concerned Christians on the Plateau received the news of Governor Lalong’s acceptance to work as the Director General of the Tinubu Presidential Campaign Organization with a great shock. We call on him to reject the position with immediate effect,” the cleric said.

“While the dust of Muslim/Muslim ticket is yet to settle down, Lalong rushed and accepted Tinubu/Shetima Campaign DG. The Governor is on his own on this because no sensible Christian will support an obviously demonic and wicked agenda.”

Speaking on behalf of Christian youths in the state, Rev. James Bot, the President of Jos Christian Youth Forum, said Governor Lalong has lost the respect young people had for him.

According to Bot, Lalong is displaying his true identity knowing fully well that he has nothing to lose after eight years as Governor.

On its part, the Plateau Women for Christ Movement said as mothers, they are ashamed of Lalong.

Deaconess Rosemary Dalung, who spoke on behalf of the group, said no mother will be proud of such a son who decided to put his selfish interest ahead of his faith and family.

Quoting Matthew 18, the women said “If your son sins, go and show him his fault in private; if he listens to you, you have won your son.

This article originally appeared in The Authority