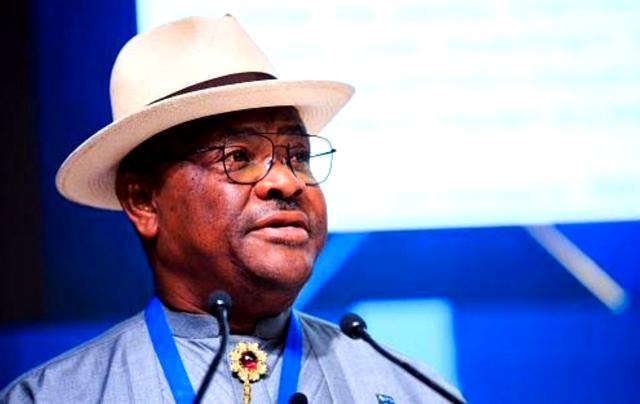 The crisis rocking the Peoples Democratic Party, PDP, may not abate soon as indications emerged yesterday that the leadership of the party appears to be dilly-dallying with the request made by Governor Nyesom Wike of Rivers State, a situation that has led to a standoff between opposing camps in the party.

Multiple sources, who spoke with Vanguard in confidence, hinted that the dilly-dallying by the PDP leadership could be attributed to Wike’s recent outbursts.
Governor Wike had on Monday stated that he remained fully in charge of his state, warning that nobody can hold meetings against him in Abuja and be successful.

The governor also vowed that anybody who despised the political capability of the state would be visited with the same treatment.

Wike, however, chided perceived misguided Rivers politicians for twisting his assertions on Monday that the state is fully in his grips.

But in a chat with Vanguard, multiple sources said the decision by PDP leaders not to meet the demands of the governor might be responsible for his (Wike’s) invitation of All Progressives Congress, APC, governors and leaders into Rivers State.

Another source familiar with the workings of the party, warned that failure by the PDP leaders to meet Wike’s demands, might affect the fortunes of the party in 2023.

The source said: “The party is dilly-dallying over Wike’s request. He has given them his conditions to support Atiku. Before the reconciliation, some leaders of the party said Wike should be ignored and since he is sensing that the PDP wants to ignore him, he is also showing them that he is important by allowing the All Progressives Congress, APC, to make inroads into his territory.

“The party is now in a panic mode and expressing worry that if they ignore Wike, it will be to their detriment and may affect the fortunes of the party. That is why they want to make peace with him.

“Wike is also angry that the Atiku camp has shut him and his group out of the scheme of things because they have shared some of the positions among themselves.

“One of the conditions he gave is that Ayu must resign and that Atiku should prevail on him (Ayu) to step down but when they approached Ayu, he refused to resign and asked the Atiku camp to protect him.

“Ayu is insisting that if he must resign, other members of the National Working Committee, NWC, must resign and a restructuring of the party positions must take place.

“The problem now is the party cannot deliver that message to Wike now because the meeting that was to be held to deliberate on Wike’s conditions was cancelled.

“Most of the NWC members decided to back the national chairman because it will also affect them and if they don’t meet his condition, Wike will not work with them.

“If Wike does not work with them, he will remain in PDP but work against the party and this will be too dangerous for the party.

“That is the true state of things now and there is crisis within the party. Unfortunately, Atiku’s camp will not remove Ayu because of their interest.”

Meanwhile, PDP supporters, who stormed the party’s national secretariat in their numbers, yesterday, while expressing support for Ayu, also demanded punitive measures against another group which earlier demanded for Ayu’s ouster.

Spokesman of the group, Andaye Dagidi, said the mandate, in conjunction with over 15 other pro-PDP groups in Delta State, dissociated themselves from the activities of a group of persons claiming to be members of Concerned Deltans for Good Governance who were behind calls for Ayu’s sack.

A group of concerned Deltans had demanded Ayu’s sack over the decision of the NWC to deny David Edevie recognition as the party’s governorship candidate for Delta State.

Dagidi said: “Rising from a well-attended PDP stakeholders and support groups’ meeting in Delta State, the Mandate Group, MG, in conjunction with over 15 PDP support groups in the state at Ughelli on the 4th of August, 2022, critically appraised the case and effects of the ill-motivated and ill-conceived kangaroo shadow dissident group who wrongfully demanded the removal of the Sen Iyiochia  Ayo-led National Working Committee of the PDP if they fail to comply with a judgment of the Federal High Court in Abuja delivered in July 2022 by forwarding the name of David Edevbie to INEC.

“We, hereby, declare a vote of confidence on the national chairman of the PDP, Dr Iyiochia Ayu, and the National Working Committee, NWC, for, among other reasons, providing sound, impartial leadership to the party by conducting a  peaceful, hitch-free PDP primaries at all levels across the country, especially that of Delta State gubernatorial primaries at Stephen Keshi Stadium.”

While declaring unflinching support for Ayu, NWC and Governor Ifeanyi Okowa of Delta State, the group called for disciplinary action against those involved in anti-party activities.

In its response, PDP National Publicity Secretary, Mr Debo Ologunagba, who stood in for the national chairman, while addressing the protesters, said: “I have listened to you and I can see that Delta is united for PDP and that is very important for us, because we understand that the rescue mission led by our chairman and that this is coming from the heart of PDP, Delta State.

“To that extent, we have taken note of what you have said, your concerns and consistent with the position of this NWC, we shall look at it and respond accordingly.

“I must thank you for the confidence you have expressed, the support for Dr Iyorchia Ayu-led NWC,  consistent with his mission to continue to be fair to all members of the party and all the decisions have been in accordance with the constitution.

“We are a law-abiding party. We respect court order and we act on them and we want to reiterate that this party will remain so, running according to its constitution.

“However, the issue should be what do Nigerian people need?  We want to be able to reject the APC, the sadness they have brought to this country.

“The only way we can do that is to be united and you have demonstrated that, that we are united, from the heart of the PDP which is Delta State. We urge you to continue to be united so that next year, we can celebrate the victory of PDP.”

Meanwhile, Governor Wike, yesterday, accused perceived misguided Rivers politicians of twisting his assertion, on Monday, that the state is fully in his grips.

He, however, boasted that his widely acknowledged outstanding stewardship in office is a reflection of his personal capacity and passion to deliver enduring development to Rivers State people and nothing to do with the PDP.

Wike, who said this during the commissioning of the dualised Ogbunuabali-Eastern By-Pass Road project in Port Harcourt, said: “Take me away today from PDP to another party, I will still perform. So, it is not because I’m in PDP that I’m performing.

“Leadership is not about party; leadership is about individual. Party is only a vehicle to actualise your ambition, to be able to tell your people I have this capacity, I have this quality to render services to you.

Chiding perceived misguided Rivers politicians for twisting his assertion, the governor said: “Because some people went to school late, they don’t understand when somebody says I am in charge of this state.

This story first appeared in Vanguard

Back to Top
Close
X
2023: INEC dismisses report on acceptance of Akpabio, Lawan’s nomination as APC candidates…Political LandscapeTop Political News in Nigeria | Ripples Nigeria The Independent National Electoral Commission (INEC) has dismissed a report on its acceptance of forme…