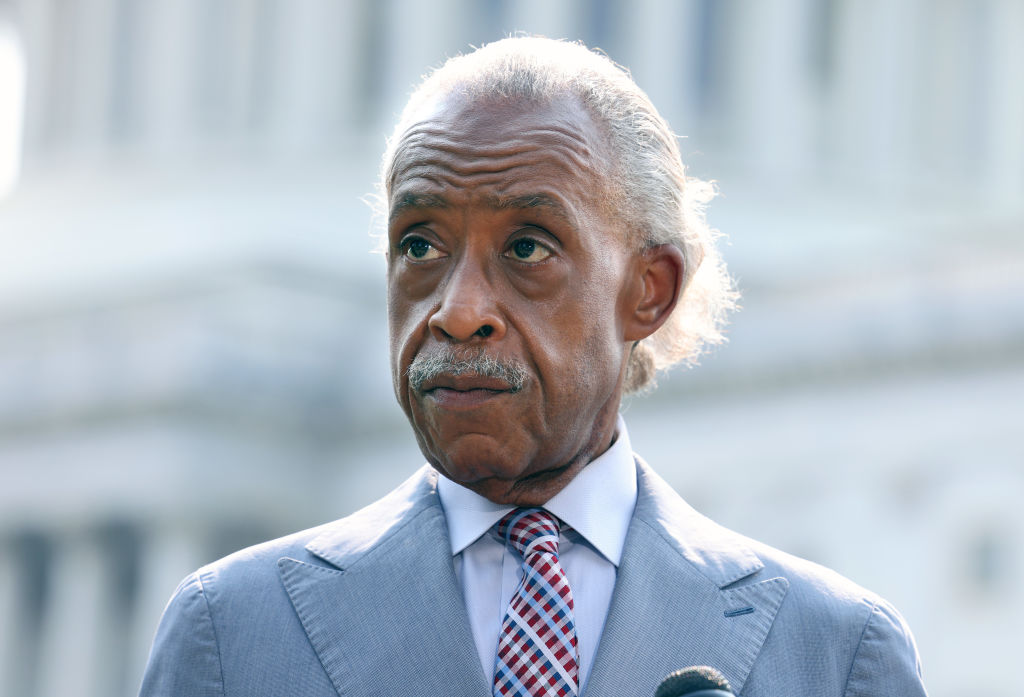 The Bible is about “choice” when it comes to abortion, according to left-wing civil rights activist Rev. Al Sharpton, who argued that laws are not to be made to “compel” people against actions, while calling on Democrats to present the issue of abortion to the black community as a matter of valuing people’s choice to commit abortion, as opposed to one of direct support for the procedure.

Appearing on MSNBC’s Chris Jansing Reports on Thursday to discuss how abortion matters are received in minority communities, lifelong preacher and Democrat Al Sharpton used religion and the Bible to defend the pro-choice position.

Alex Christy on Twitter: “Al Sharpton on abortion/choice: “The Bible is about choice. You can go to heaven or hell.” I don’t think that’s as compelling an argument as you think it is, Al. pic.twitter.com/uJlo2f9A89 / Twitter”

Al Sharpton on abortion/choice: “The Bible is about choice. You can go to heaven or hell.” I don’t think that’s as compelling an argument as you think it is, Al. pic.twitter.com/uJlo2f9A89

Asked how Democrats should feel about the “deeply held religious beliefs” playing into the black community’s views on abortion — “especially with older black voters,” Sharpton suggested that abortion be presented as a “choice” issue instead of one condoning the killing of a fetus, also known as feticide.

“I think that they must message it in a way that it is about choice,” he said. “It’s not about saying ‘I’m voting that I support abortion or not.’ It’s about ‘I support people having the right to choose.’”

Sharpton then attempted to paint the issue of abortion as one of mere safety.

“We’re not talking particularly in the black community and I would say large portions of the Latino community … about whether or not people are going to be able to have an abortion,” he claimed. “You’re talking about whether they’re going to have a safe abortion.”

“We always had abortions, but we had these back alley, very risky abortions,” he added. “And we’re saying that rather than have people in those situations, they should be able to choose whether or not they want to do it, even if it’s something that I don’t believe in.”

Going even further to sugarcoat the issue, Sharpton — a Baptist minister — claimed the religious position and the Bible support “choice” on the matter.

“The Bible — if you’re using this as a religious argument — the Bible is about choice,” he asserted.

“You can go to heaven or hell; there’s nowhere in the Bible that says you have to go to heaven,” he added. “So where do we get this theology of forcing something when the reality is that you can’t even biblically base that?”

Calling the issue of abortion “a question of choice,” Sharpton claimed there was no justification in outlawing feticide.

“If you are a minister as I am, you can preach to people to convert them,” he said. “You do not make laws to compel them.”

Sharpton’s remarks follow the Supreme Court overruling of Roe v. Wade in June, holding in the Dobbs case that the Constitution does not include a right to abortion and returning the issue of abortion laws and regulations to state legislatures.

The landmark decision has since sparked violent public upheaval across the country, as Democrats, the mainstream media, and members of the far left continue their attacks on the pro-life movement and its supporters.

Last month, Vice President Kamala Harris claimed there is “nothing” about supporting abortion that conflicts with faith or would require anyone to “abandon” or “change” it.

RNC Research on Twitter: “KAMALA HARRIS: “There’s nothing about [abortion] that will require anyone to abandon their faith” pic.twitter.com/6DsMBg94Ui / Twitter”

KAMALA HARRIS: “There’s nothing about [abortion] that will require anyone to abandon their faith” pic.twitter.com/6DsMBg94Ui

“To support abortion is to stand oppose[d] to Christian Faith. Just ask any Bishop or Priest,” he wrote.

“Lord have mercy,” wrote popular author and speaker Stephen Mansfield. “This woman is either ignorant or deeply deceived.”

“The elites now want to tell you what the God they don’t believe in requires of you, just to promote their disgusting political agenda,” wrote constitutional law attorney Jenna Ellis.

Also in July, Rep. Kathleen Rice (D-NY) called for an end to the use of the term “abortion” in favor of one less “negative” in order to “have a real conversation” on the issue.

According to Rice, the word has been “weaponized” by pro-lifers to “raise the emotions” of others.

Sharpton, who hosts MSNBC’s PoliticsNation, has a history of controversial rhetoric, often blaming issues on race without evidence and portraying police as brutal, racist, and evil.

In September, Glenn Loury, a Brown University economics professor and host of the video blog The Glenn Show, blasted Sharpton — as well as the Democrat party for boosting his career — claiming the reverend employs a “very high-level shtick” in his efforts to assist blacks, which he deemed counterproductive.

Glenn Loury on Twitter: “Here I am, explaining to @JohnHMcWhorter exactly what’s wrong with Al Sharpton (time was limited, so I had to keep it short!) See more at my new channel, https://t.co/kM0UhXwAz4 and support this work at https://t.co/ZICguBef8A pic.twitter.com/atyygE3pdU / Twitter”

Here I am, explaining to @JohnHMcWhorter exactly what’s wrong with Al Sharpton (time was limited, so I had to keep it short!) See more at my new channel, https://t.co/kM0UhXwAz4 and support this work at https://t.co/ZICguBef8A pic.twitter.com/atyygE3pdU

That same month, Sharpton urged the Biden administration to “immediately” halt deportations of Haitian migrants, attributing their treatment to discrimination.

“How do you decide to give asylum to some, and when you get to nations like Haiti and people of color there is a different or perceived different asylum?” he asked.

Sharpton has also claimed that “the practice of America was built on racism.”

This article originally appeared in Breitbart

Back to Top
Close
X
JANET STREET-PORTER: The frock that sums up summer…In Other NewsThis is the dress that perfectly sums up our gender fluid, anything goes summer of 2022.A dress chosen by a queen - and a transvestite comedian - whic…