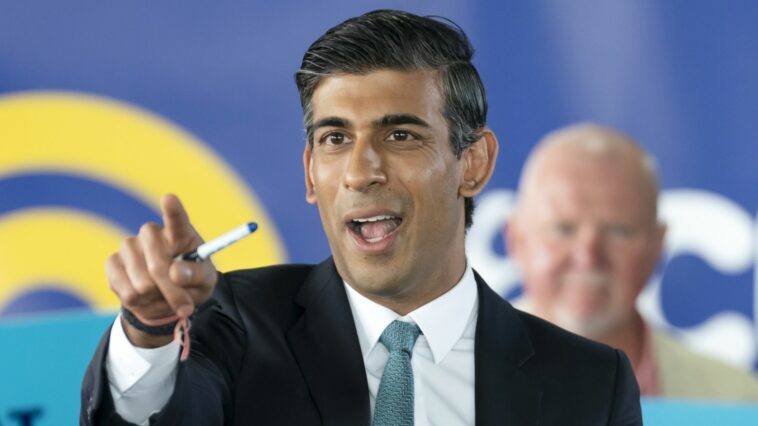 Rishi Sunak has vowed to phase out university degrees that do not improve students’ “earning potential”, under plans to reform education if he became the UK’s next prime minister.

As part of the proposals, the Tory leadership contender pledged to create a Russell Group of technical colleges.

The changes would mark “a significant stride towards parity of esteem between vocational and academic education,” his campaign said.

Were he to beat Liz Truss in the leadership contest, Mr Sunak committed to strengthening networks of technical institutions and their links with industry, as well as giving them powers to award degrees.

“A good education is the closest thing we have to a silver bullet when it comes to making people’s lives better,” the former chancellor said.

He promised his reforms would “take a tougher approach to university degrees that saddle students with debt, without improving their earning potential”.

Back to Top
Close
X
Wike’s romance with Tinubu’s men rattles Amaechi’s base…FeaturedPunch There are strong indications that the Rivers State All Progressives Congress led by immediate past Minister of Transportation, Rotimi Amaechi, i…

Sunak vows to crack down on university degrees with poor results