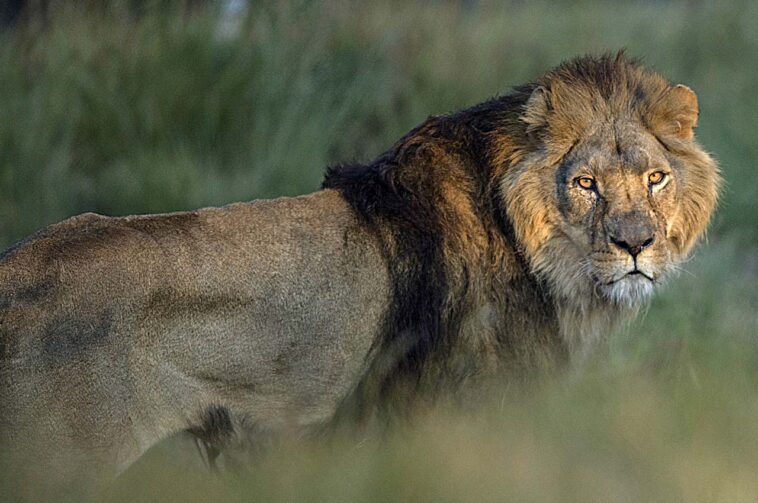 Lion, one of the world’s best known and most charismatic species, which are found in Nigeria, other parts of West and Central Africa, are on the brink of extinction.

A report by UK-based conservation group LionAid, said as few as 645 lions remain in the wild in western and central Africa. It says lions are extinct in 25 African nations and virtually extinct in 10, and it estimates that 15,000 wild lions remain on the continent as a whole, compared with about 200,000 30 years ago, with as few as 34 remaining in the whole of Nigeria.

Although lions are classified as Vulnerable on the IUCN Red List, lion populations in West Africa are particularly small and fragmented and have been recently classified as critically endangered.

Recent genetic studies have highlighted the difference between lions in West and Central Africa from those in southern and East Africa, suggesting that lions in West and Central Africa may merit distinct taxonomic status. Formerly widespread across northern Nigeria, today’s lions survive in only two sites in the country: Kainji Lake National Park and Yankari Game Reserve.

According to World Conservation Society (WCS), more than 90 per cent of the lion’s original range has now been lost across Africa. The main threats facing lions today are: habitat loss and degradation, reduction of wild prey and retaliatory and other illegal killing of lions. Habitat loss has led to some populations becoming small and isolated, especially in West Africa. It is estimated that fewer than 50 lions survive in Nigeria.

The group attributes the decline to increasing human populations, and the spread of subsistence and commercial-scale agriculture; latterly, climate change is also playing a role, and corridors connecting populations are being lost due to the spread of development, agriculture, and of large infrastructure projects. This has led to some populations becoming small and isolated, especially in West Africa.

“In Nigeria this precipitous decline is linked to severe depletion of their natural prey base due to hunting and habitat loss. With the loss of their natural prey lions have little option but to feed upon domestic livestock, the increase in human-lion conflict inevitably results in their direct persecution – typically by poisoning livestock carcasses. At the same time, human population growth and agricultural expansion is causing an unprecedented influx of nomadic livestock into protected areas as alternative grazing reserves disappear.”

“There has been a catastrophic decline in the populations of lions in Africa, and particularly West Africa,” Dr. Pieter Kat, trustee of LionAid reportedly said.

“These lions have been neglected for a very long time and…

Back to Top
Close
X
Most Americans today are choosing cremation – here’s why burials are becoming less common…Special ReportDavid Sloane, University of Southern California The National Funeral Directors Association has predicted that by 2035, nearly 80% of Americans will op…

X
OBITUARY: Biyi Bandele, multifaceted filmmaker who won first literary prize at 1…Special ReportIn the lead-up to the release of ‘Blood Sisters’ and hot on the heels of the movie’s Netflix debut, Biyi Bandele, like other executives, was inundated…