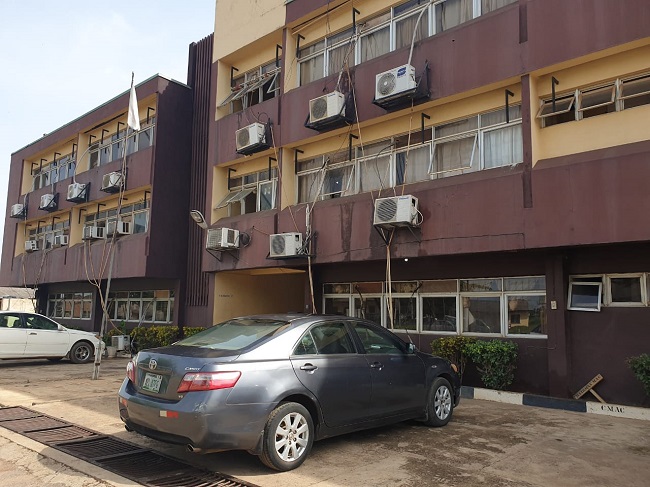 ON May 30, The ICIR wrote to the Office of the Accountant-General of the Federation to request details of money released to support the Federal Teaching Hospitals in the country as part of COVID-19 interventions during the pandemic.

The move was to establish the exact sum earmarked for each teaching hospital in the country and if the money was used for its purpose and in alignment with the Public Procurement Act (2007).

The procurement guideline was put together by the Federal Government to prevent corruption in contract awards following a world bank assessment report that the country was losing an average of $10 billion annually due to contract inflations and other procurement illegalities.

Earlier findings by The ICIR showed some agencies of government embarked on fraudulent COVID-19-related procurements during the pandemic, flouting the procurement law.

The case of the Nigerian Centre for Disease Control (NCDC) awarding N202 million contracts without a procurement plan was among the infractions reported here. Another contract reportedly offered to a non-existent company was exposed. N853 million flawed contract at the Jos University Teaching Hospital was made public here, and another N244.6 million was exposed here.

Nevertheless, the Obafemi Awolowo University Teaching Hospital Complex (OAUTHC) is not left out because the management has not been transparent in their public spending.

It provided little or no information on its awarded contracts, as found via the National Open Contracting Portal (NOCOPO) platform created by the Bureau of Public Procurement (BPP) to showcase details of awarded contracts during the pandemic.

A check on the BPP’s NOCOPO shows that only four contracts were awarded and executed by OAUTHC, but this was contrary to The ICIR findings.

Infographics on COVID-19 Funds released to the Obafemi Awolowo Teaching Hospital Complex (OAUTHC) during COVID-19. Source: Olugbenga Adanikin, The ICIR.
The four listed contract awards include the supply of AVL 9180 electrolyte analyser awarded at N1.2 million; the procurement of hand sanitisers offered to Nickteck Medical Nigeria Limited for N1.17 million; the procurement of hospital mattresses for the isolation wards awarded to Mogbonju Nigeria limited at N350, 000 and the fourth is for molecular laboratory equipment.

Public records revealed that all the above contracts were funded through the hospital’s Internally Generated Revenue (IGR), except for the fourth project, molecular laboratory equipment solely sourced from the COVID-19 intervention. It was awarded to JNCI Turnkey Medical Equipment Services at N21.16 million.

The institution has another construction of the molecular laboratory (pictured below) awarded to Rot-Kay and Associates Limited, which never made it to the BPP portal. This is a violation of the BPP guidelines, which mandate all Ministries, Departments and Agencies (MDAs) of government to upload their procurement plan on NOCOPO. Thus, establishing the contract sum and other details surrounding the awarded job was difficult.

“All Procuring Entities are to prepare Procurement Plans for all projects that
specifically respond to the COVID-19 pandemic. These Plans should be uploaded into the Nigeria Open Contracting Portal (NOCOPO), where it will be accessed by the BPP,” it reads.

The Molecular Laboratory project at the OAUTHC is one of the projects kept hidden from the BPP National Open Contracting Portal (NOCOPO). Photo Credit: Olugbenga Adanikin, The ICIR.

As part of the investigation process, on Tuesday, April 19, The ICIR wrote to the OAUTHC. The letter was to inform the hospital of the reporter’s planned visit to verify all projects awarded during the pandemic.

The letter was acknowledged the same day with a promise to revert, but they never did.

Ten days after, on Friday, April 29, The ICIR sent a reminder. Still no feedback. Thus, on Wednesday, May 4, the reporter sets out on the investigation.

Findings would later reveal the OAUTHC received funds to execute over four other projects but failed to make public the procurements.

Efforts to get the Acting Chief Medical Director, Owojuyigbe Afolabi, a medical doctor, speak on the fund’s disbursements and its utilisation failed.

Meanwhile, on Wednesday, May 4, he earlier agreed to comment on the awarded contracts but rescheduled the appointment for the next day, May 5.

Before 10 a.m. on the appointment day, the reporter was already seated waiting. He sighted this reporter but later decided not to grant the request. He said he had no authority to speak on the projects and the allocated sums.

This was despite earlier notice, calls and an eventual visit to the hospital.

Regardless, the reporter sighted a newly constructed molecular laboratory and an isolation ward for infectious disease. It was awarded to Rot-Kay and Associates Limited, but the project cost remained unknown as the hospital did not provide it in accordance with the procurement act.

Hallway at the OAUTHC with rusted rods during the visit. Photo Credit: Olugbenga Adanikin, Abuja.

In the course of this finding, The ICIR can confirm the OAUTHC received N3.07 billion in capital allocations and supports from the COVID-19 fund from 2020 to July 2022.

Documents from the OAGF, with reference number FD/OAGF/DDE/184/T/I/DF signed by the Director of Funds, Sabo Mohammed, at the Treasury House in the Ministry of Finance, show that the the teaching hospital got more money than it disclosed.

A breakdown of the releases to the hospital showed N345,848,653.92 (N345.8 million) released solely to procure molecular laboratory equipment. But the publicly disclosed sum for this particular item on the BPP portal was N21.16 million. This showed a huge gap between what was released and what was publicly disclosed.

FOI response to The ICIR from the Office of Accountant General of The Federation.
The hospital got another N224,493,482.50 (N224 million) from the national treasury to equip the 10-bedded ICU.

The hospital also got N100 million to equip the COVID-19 isolation treatment centre.

Furthermore, N149,750,000.30 (N149.7 million) was also released from the Office of the Accountant-General to procure Personal Protective Equipment (PPEs).

The entire amount released from the COVID-Fund, thus, was about N1.07 billion.

Meanwhile, beyond the above financial unveilings, the hospital also received money from the capital budget allocations from 2020 to 2022 (July 1).

During the outbreak in 2020, the OAUTHC got over N1.01 billion as extra funding from the approved budget for the year.

Rots, anomalies in the hospital

Management of the OAUTHC denied The ICIR access to inspect the supposed procured COVID-19 projects, but this reporter went around in search of possibly executed projects. Old structures majorly littered the facility.

From the administrative building to the generator house, the cafeteria, laundry, the general outpatient wards, the renal ward, and the surgical outpatient department, to mention but a few, there was no serious sign of development.

Rather than renovating the existing buildings, it has instead been expanding. The hospital’s structure is currently in four phases of development yet densely populated with abandoned buildings.

For instance, a walk into the surgical outpatient department tells nothing but rots, equipment of primitive quality, poor management and neglect. The only two rickety ambulances are also ill-equipped.

The feelings among most health workers, hence, were that of detestation for the health system. It is the same for the patients and…

Read the full article in ICIR