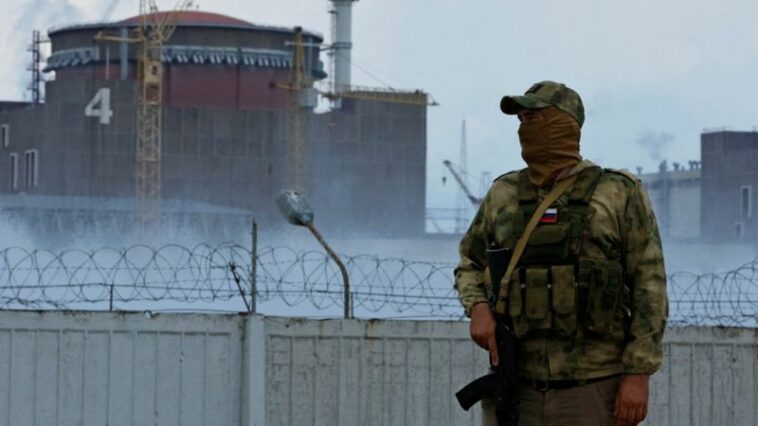 More shelling of Ukraine’s Zaporizhzhia nuclear power plant has been reported, with Ukraine and Russia again blaming each other for the attack.

Each side said there were 10 hits on the plant’s administrative office and fire station on Thursday.

On Wednesday, foreign ministers from the G7 group of industrialised nations said Russia must immediately hand back control of the plant to Kyiv.

The US, meanwhile, called for a demilitarised zone to be established around the plant. “Fighting near a nuclear plant is dangerous and irresponsible,” a state department spokesperson said.

The facility and its surrounding area in central-eastern Ukraine saw shelling last week, with Russia and Ukraine also accusing each other over that attack.

Ukraine says Russia has turned the site into a military base, launching attacks from there, knowing that Ukrainian forces are unlikely to retaliate.

In a statement on Thursday, Ukraine’s nuclear agency Enerhoatom said that “Russian invaders again shelled the Zaporizhzhia plant and territories near the nuclear facility”.

It said an administrative office near the welding area was hit and several radiation sensors were damaged. There was a small fire on some nearby grass, but no injuries…

X
Armed suspect exchanges fire with FBI agents in Cincinnati, he is still on the r…World NewsMarcaWe have some breaking news coming from Clinton County in Ohio, a suburb that is close to the city of Cincinnati. At around 9 a.m.. an armed white…