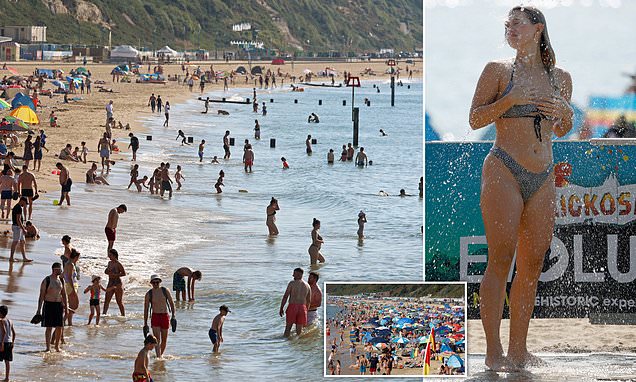 Britons have headed to the beach as 35C temperatures and drought conditions are predicted for the southern half of the UK this weekend, while thunderstorms and potential floods on Monday are forecast to bring an end to the warm weather.

Droughts have already been declared in eight areas of southern and central England, and several grasslands have caught alight in these zones following the driest summer in half a century.

The Met Office has issued an amber heat warning covering most of England and Wales, where temperatures may reach up to 35C today and Sunday.