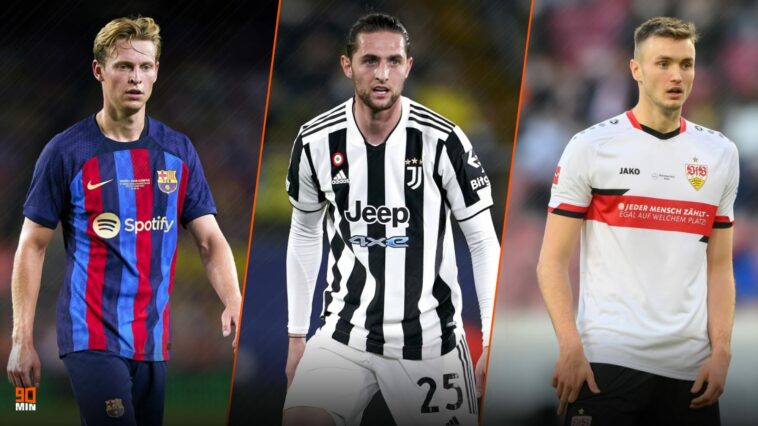 Once again, Manchester United seem to be the protagonists of the summer transfer window, though this year business has stalled at Old Trafford.

The pressure is on United higher ups to deliver before the window slams shut at the start of September. Here’s the latest on their hopes of bringing in fresh faces.

We’ll start with a deal that’s seemed like it’s been going nowhere for weeks.

90min understands that the situation with Frenkie de Jong remains unchanged. United agreed a deal worth €85m with Barcelona last month, but the Dutchman wanted to be paid around €20m in deferred wages before considering an exit from Camp Nou.

Chelsea remain interested in De Jong too, though they haven’t been pushing too hard for a deal in recent days.

Reports in Spain suggest that the midfielder has told Barça teammates that he would consider a move to Old Trafford, while noises out of the Netherlands reiterate that Ten Hag wouldn’t have led United down this path if he didn’t have assurances that De Jong would be open to a deal.

While the two parties have not yet agreed to a deal, 90min understands United remain confident that a transfer could be concluded next week.

The Red Devils have already agreed a fee of roughly £15m with Juventus for the French midfielder.

Back to Top
Close
X
De Jong snub, Jorginho leave- Chelsea's midfield nightmare during £300m spend…UncategorizedFootball LondonChelsea's confidence had increased over the Frenkie de Jong deal but the reality is Thomas Tuchel's side could end the summer transfer …