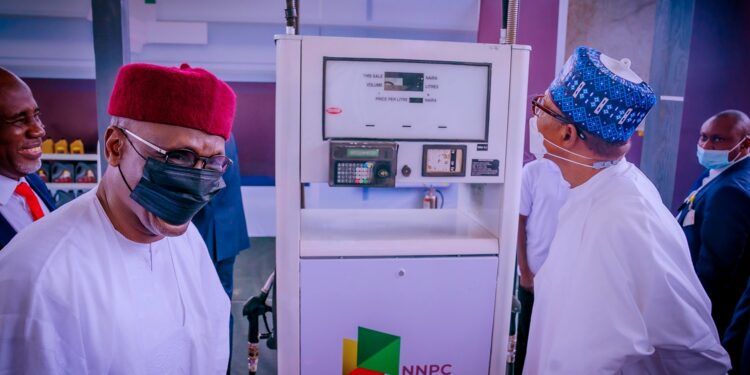 The Nigerian National Petroleum Company Limited on Friday launched an applications platform to monitor crude oil theft in the country.

The company launched the app in Abuja at the signing of renewed Production Sharing Contracts (PSCs) agreements between NNPC and its partners in oil mining leases.

The platform ‘Crude Theft Monitoring Applications’ according to NNPC Limited was created for members of host communities and other Nigerians to report incidents of oil theft and get rewarded.

The Group Chief Executive Officer of the NNPC Limited, Mele Kyari, had in April disclosed that Nigeria lost $4 billion to oil theft at the rate of 200,000 barrels per day in 2021.

He said the country already lost $1.5 billion so far in 2022 because pipeline vandalism has escalated. Mr Kyari said the country was losing 95 per cent of oil production to oil thieves at Bonny Terminal, Rivers State.

The federal government in its recent draft fiscal strategy paper for 2023 through 2025, presented by the Minister of Finance, Budget & National Planning, Zainab Ahmed, said that oil revenue underperformed due to significant production shortfalls such as shut-ins resulting from pipeline vandalism and crude oil theft.

Speaking at the launch Friday, Mr Kyari said “the actions of vandals on pipelines have become a difficult thing to deal with. There are still ongoing activities of oil thieves and vandals on our pipelines and assets, very visible in the form of illegal refineries that are continuously put up in some locations and insertions into our pipeline network…

Back to Top
Close
X
Kobe Bryant crash scene photos were shared during awards ceremony cocktail hour, witness testifies…Latest NewsPhotos taken at the scene of the fatal helicopter crash that killed NBA legend Kobe Bryant, his daughter and seven others were shared by a Los Angeles…