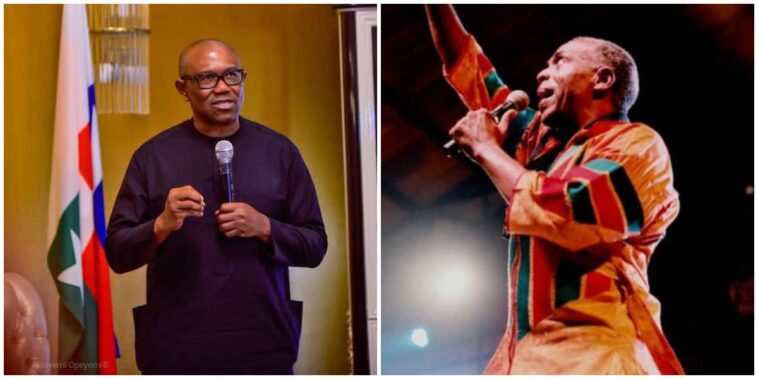 Top musician Femi Kuti in a recent Instagram video post has addressed supporters of Labour Party (LP)’s presidential candidate, Peter Obi, who have been on his case. Kuti disclosed that he got tons of threats against his family members and the supporters equally threatened to burn the Afrikan Shrine, simply because he allegedly tagged them as ‘zombies’.

The musician made it clear that all he did was come out to distance himself from the ‘obedient’ tag and give a clear context of what he meant.

I’m too angry, I’m too sad and depressed to be ‘obedient’. How can anyone come up with that term? How can you be obedient? Me I can’t be obedient in this country. End SARS, Killings…,” Kuti explained.

According to him, being obedient simply means being told what to do without putting up any restraints. Kuti added that he equally mentioned the relationship between Peoples Democratic Party (PDP)’s presidential candidate, Atiku Abubakar and Obi, and how they would have remained close pals if things panned out the way they wanted.

Back to Top
Close
X
How Burna Boy set the world alight with his mixed brew of influences…EntertainmentSanya Osha, University of Cape Town Nigerian Afrobeats star Burna Boy burst onto the global stage in 2018 with a slew of irresistible hits on his thir…

They threatened to burn down the Shrine”: Femi Kuti speaks up as Peter Obi supporters come after him, family

X
I can never be ‘Obidient’, says Femi KutiEntertainmentThe NationAfrobeat singer Femi Anikulapo-Kuti has stated that he is not part of the movement of the presidential candidate of the Labour Party, Peter …