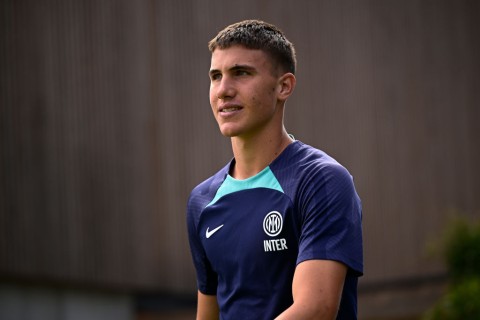 Chelsea are set to land Inter Milan youngster Cesare Casadei in a £12m deal, according to reports.

It had been thought that Chelsea might miss out due to interest from French club Nice, who would be more likely to offer Casadei regular playing time, but The Guardian are now reporting that the Blues are set to win the race for his signature.

Casadei is yet to make his senior debut for Inter but the midfielder is widely regarded as one of the brightest young prospects in Italy.

Back to Top
Close
X
Transfer rumours: Aubameyang, Ronaldo, Messi, Caicedo, Aouar, Tielemans…UncategorizedPierre-Emerick Aubameyang wants to fight for his place at Barcelona, who have turned down a bid of £12m (€14m) from Chelsea for the 33-year-old Gabon …

X
Man United’s offer for Frenkie de Jong has ‘expired’, player refuses to join the…UncategorizedBarca UniversalIt looks like we have reached the final chapter of the Frenkie de Jong to Manchester United saga. Reports from Mike Verweij suggest the…