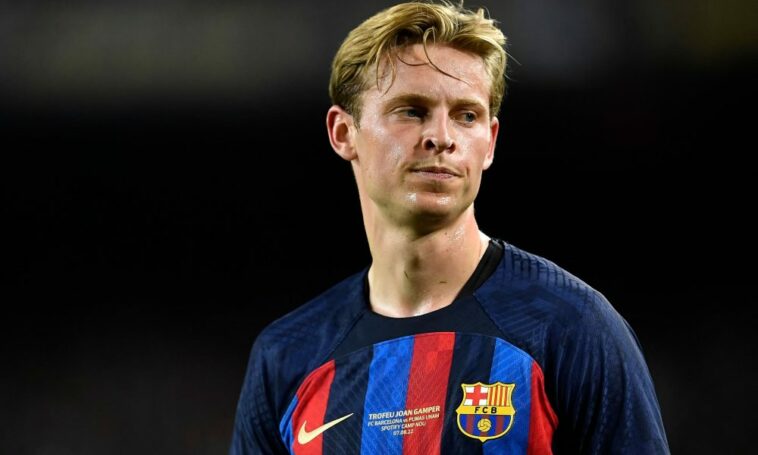 It looks like we have reached the final chapter of the Frenkie de Jong to Manchester United saga. Reports from Mike Verweij suggest the Red Devils’ offer for the Dutchman has expired.

De Jong refuses to join the record-Premier Leauge winners despite their lucrative offer, which includes full compensation for his deferred salary. In fact, he reportedly believes United to be an ‘erratically-ran club’.

If United want to still pursue de Jong’s signature, they will have to run a new offer past Barcelona and then get it approved by the player. The latter, as of now, seems like a near-impossible task.

Part of the reason why Barcelona want to sell the midfielder is because of his deferred wages, but also because of the hike his salary will take this season.

This is part of the renewal he signed under Josep Bartomeu, which the club has now reportedly…

X
Transfer rumours: Vardy, Aubameyang, Ronaldo, Nunes, Semenyo, Gordon…UncategorizedManchester United are considering a move for Leicester's Jamie Vardy, 35, but the Foxes are said to be reluctant to allow the English striker to leave…