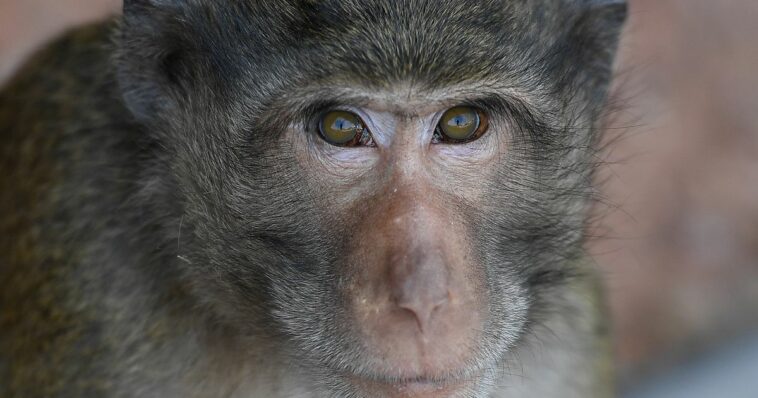 Randy monkeys have been spotted using stones as sex toys at a ‘sacred sanctuary’, scientists say.

Both male and female long-tailed macaque monkeys at the Sacred Monkey Forest Sanctuary in Ubud, central Bali, have found a new use for rocks.

A study led by Camilla Cenni of the University of Lethbridge in Alberta, Canada, reports female monkeys are fussier when it comes to picking out the perfect stone to pleasure themselves with.

The Abstract reads: “Our data partly supported the “Sex Toy” hypothesis indicating that stone-directed tapping and rubbing onto the genital and inguinal area are sexually motivated behaviours.”

Back to Top
Close
X
Mom of Rushdie stabbing suspect says she’ll never speak to him again…In Other NewsThe mother of the man accused of leaping onstage to attack author Salman Rushdie condemned her son on Sunday, saying he was responsible for his own ac…

X
FBI, DHS warn threats have spiked since Mar-a-Lago search…In Other NewsNBC NewsThe FBI and the Department of Homeland Security have issued an unclassified joint intelligence bulletin warning of a spike in threats to feder…