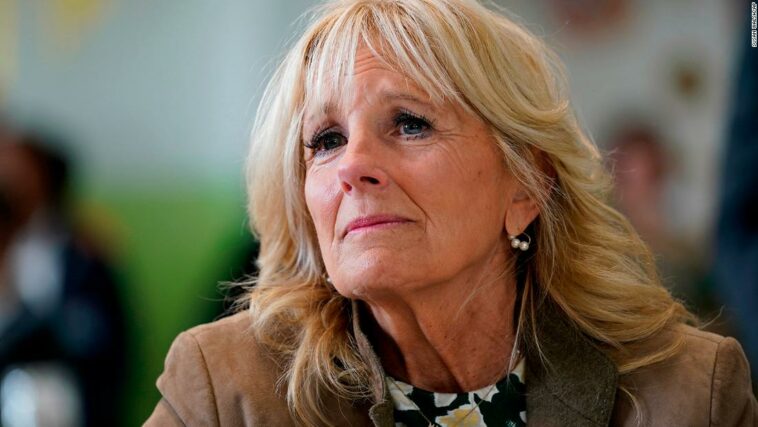 FILE - First lady Jill Biden visits with Slovak and Ukrainian mothers and their children as the families participate in a Mother's Day activity in Kosice, Slovakia, May 8, 2022. (AP Photo/Susan Walsh, Pool, File)


“After testing negative for Covid-19 on Monday during her regular testing cadence, the First Lady began to develop cold-like symptoms late in the evening. She tested negative again on a rapid antigen test, but a PCR test came back positive,” said Elizabeth Alexander, her communications director.

The first lady, who is double vaccinated and twice boosted, is taking Paxlovid, Pfizer’s antiviral drug, according to Alexander, who told CNN that Biden received her second booster shot in April.

This is the first time she has had Covid-19, according to Alexander.

The first lady is currently in Kiawah Island, South Carolina, with President Joe Biden, who is due to return to Washington for a bill…