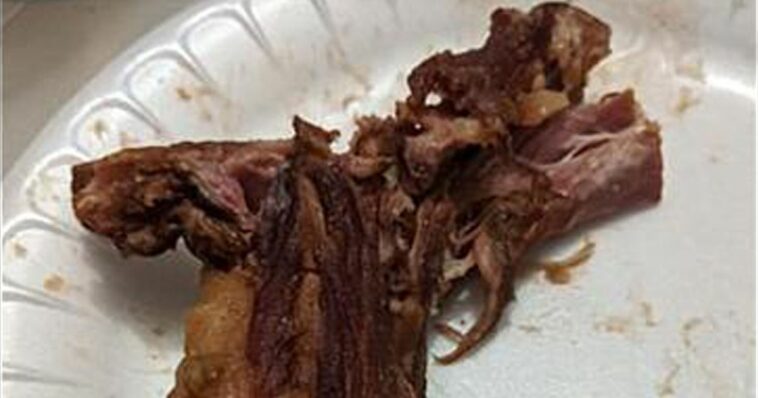 Supermarket meat aisles can throw up all sorts of terrifying surprises for the squeamish and one woman had potentially the biggest shock of all after she became convinced the meat she bought was a human penis.

The hilarious incident happened to Lania Singfield, from Akron, Ohio, back in 2020 and her search for ‘the truth’ made international news.

After refusing to believe the supermarket’s assertation that it was a turkey tail, Lania said she ‘wanted answers’ and went to great lengths to prove her theory – even calling the police.

Lania claimed she had become suspicious about the phallic-looking meat she had purchased from a local supermarket.

Back to Top
Close
X
Cheney tries to hold on in tough Wyoming primary reshaped by Trump…In Other NewsCNNThe home of Jackson Hole, a resort community near Grand Teton and Yellowstone national parks, in northwestern Wyoming’s Teton County is Democrats’ …