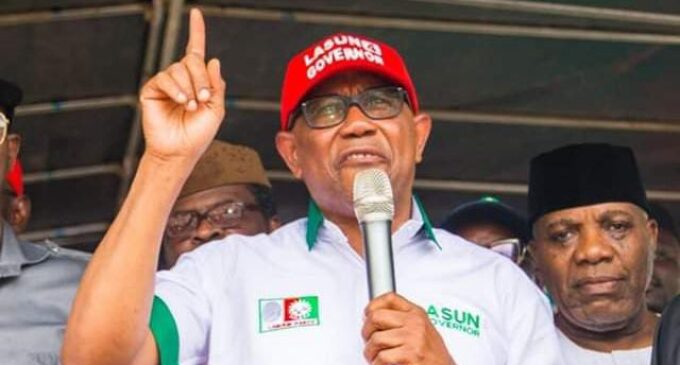 Like the breaking of every phantasmagoria, the futility of chasing a will-o-the-wisp soon becomes clear. It may take a while, but even the fog of illusion gives way for common sense when the blistering light of reality hits.

The Peter Obi presidential bid is a dream of which time has not come. Is it good to dream? Yes. But while dreaming, it is important for the dreamer to maintain consciousness and not lose himself in the vortex of his own fantasy.

Peter Obi’s presidential bid is an attempt at future possibilities. This is, perhaps, one of the merits of the current, but fast vanishing “Obidient fad”. Another merit is the mainstreaming of the south-east in the national political discourse. This is good. It has been quite a while since this happened.

But Peter Obi must be that politician. He must apply some logic, mute the vacuous praises of sycophants, and eschew personal interest for the greater good.

He should be willing to sacrifice fleeting adulations for greater future glory and purpose.

Peter Obi and his party, the Labour Party (LP), should consider forging an alliance with Bola Tinubu, presidential candidate of the All Progressives Congress (APC). This is the most realistic way of ensuring and securing his bid for the future.

From a pragmatic standpoint, Peter Obi, alone, cannot win the 2023 presidential election. But he can use the current show of support from the south-east and the south-south to his advantage by aligning with a candidate from any of the two major political parties – the APC and the Peoples Democratic Party (PDP). Alliance politics has been the custom in Nigeria since the 1960s. So, it is not out of place.

But why I am wary of suggesting Peter Obi’s alliance with the PDP is because the south-east has had an abusive, doomed and fruitless relationship with the PDP for over 16 years. The region benefited neither in infrastructure development nor in human capital development during the PDP years. It was 16 years of barrenness, blind loyalty, mortification and abuse.

So, my suggestion, which is born out of necessity and the political self-preservation of the south-east, is that Peter Obi, the LP, the south-east and all his supporters seek a yet-to-be-explored option. It is said in Igbo: ‘’Nwanyi nu o di na abu o mara nke kam nma’’ – which is loosely translated as, ‘’when a woman experiences two husbands, she will know which is better’’. The yet-to-be-explored option is the APC. The south-east has been there, done that with the PDP.

Peter Obi must not let the momentum he has mustered in the past few months be frittered away in a star-crossed quest. He must seek to build a bigger structure by holding out a hand for a viable political pact. Nnamdi Azikiwe did it. Alex Ekwueme did it as well.

There have been arguments on whether Peter Obi can retain his support base in the event he seeks an entente with another candidate. Really, that will be a test of the social complexion of his supporters. If Peter Obi’s supporters do not trust his judgment enough to keep their flags up, then it implies that this cacophony about him has just been a sensational distraction for the meme-loving and trend-hugging Nigerian youth.

The rhetoric on social media is fast dissolving into an ethnic brawl between the Igbo and the Yoruba. We must retreat from this path and see the bigger picture. The Igbo and the Yoruba are kins held by a shared destiny and connected by the umbilicus of history, marriage, and family.

And by the way, ‘’Obidients’’ are no longer as loud as they used to be. Have they been beaten to retreat? Have they seen the futility of their political expedition? Have they been taught good manners? Or are they beginning to lose oxygen? Well, it is good they keep their campaign vacant of threats, slurs and hate speech.

By Fredrick Nwabufo; Nwabufo aka Mr OneNigeria is a writer and journalist.

This article first appeared in The Cable

X
Are Peter Obi’s supporters losing oxygen? By Fredrick Nwabufo…OpinionNews Diary OnlineLike the breaking of every phantasmagoria, the futility of chasing a will-o-the-wisp soon becomes clear. It may take a while, but eve…