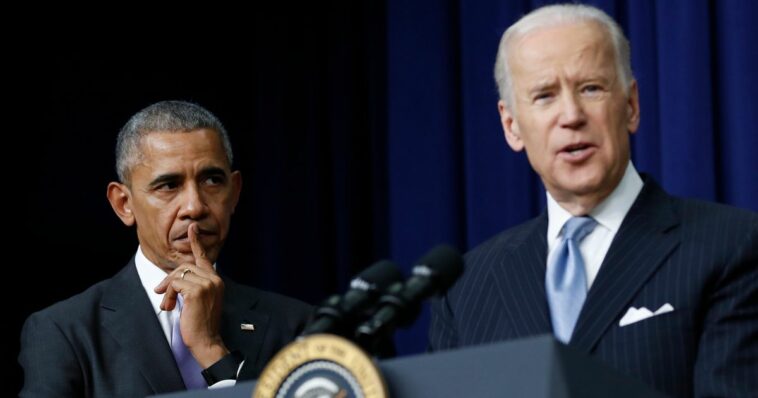 After the signing, Biden explained some details of the law on Twitter, to which Obama replied, “This is a BFD.”

Obama’s tweet referenced the moment Biden, as vice president, called the March 2010 signing of the Affordable Care Act a “big fucking deal.” Biden tried to quietly utter the comment to Obama as the two men hugged, but microphones picked up the sound, providing an unexpected moment of candor during the ACA bill signing ceremony.

Biden replied to Obama’s tweet with “Thanks, Obama,” a meme used throughout Obama’s tenure as president by both detractors and supporters of his decision-making.

The sweeping legislation tackles several of the president’s legislative goals, including reducing the cost of prescription drugs for seniors and encouraging renewable energy purchases through tax rebates. The bill will also require big corporations to pay a 15% tax fee, a move Biden believes will directly combat inflation.

“I’m keeping my campaign commitment: No one…

Back to Top
Close
X
6 websites for online teaching jobs paying up to $35 an hour…HeadlinesWhile the ASUU strike lingers, causing idleness and no stream of income for quite a number of people, especially students, lecturers, and non-teaching…