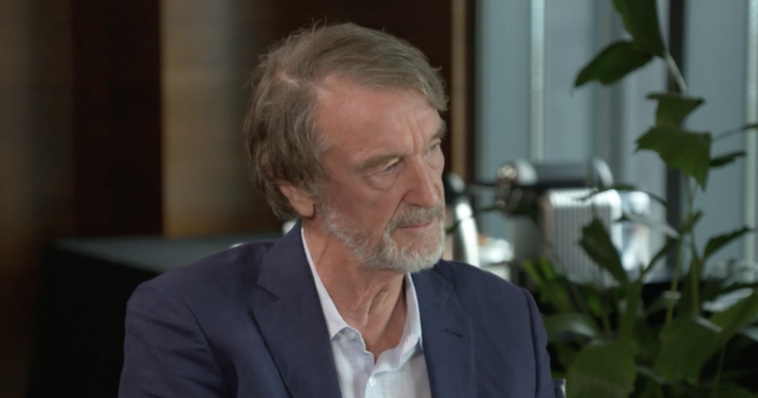 Sir Jim Ratcliffe, Britain’s richest man, is interested in buying a stake in Manchester United, if the Glazers are willing to sell the crisis club.

Pressure is mounting on the American owners after yet another dismal start to the Premier League season. Former director Michael Knighton has already outlined his intentions to complete a hostile takeover, with boyhood United fan and Ineos CEO Ratcliffe now ready to join the consortium.

Ratcliffe was one of the parties interested in buying Chelsea this year and has previously distanced himself from acquiring United. But in a new statement, he has now declared he would be a willing investor. “If the club is for sale, Jim is definitely a potential buyer,” Ratcliffe’s spokesperson told the Times. “If something like this was possible, we would be interested in talking with a view to long-term ownership.”

The announcement comes just hours after reports have emerged that the Glazers, who have owned United for 17 tumultuous years, are considering selling a minority stake in the club. It is understood that preliminary discussions have taken place about offloading shares and bringing in fresh investment.

And Radcliffe believes a cash injection is required, to help fund not only an improvement off the pitch, but to upgrade the facilities off it. “This is not about the money that has been spent or not spent. Jim is looking at what can be done now and, knowing how important the club is to the city, it feels like the time is right for a reset.”

X
Hudson-Odoi set to leave Chelsea on loanEnglish FootballChelsea winger Callum Hudson-Odoi is close to a loan move as he seeks more game time.The England international has been linked with Borussia Dortmund,…