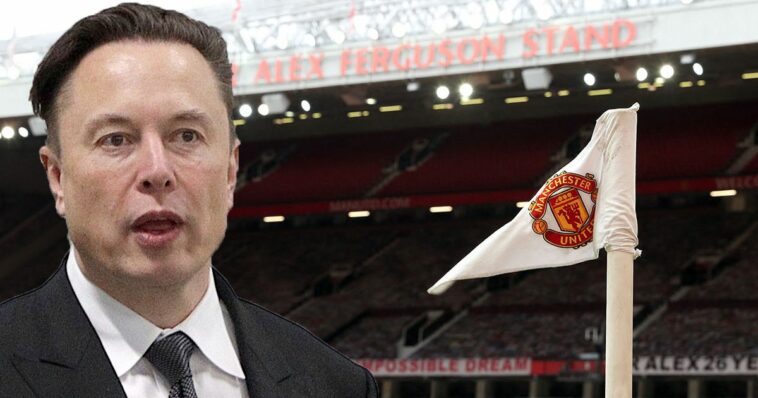 Elon Musk became the latest name to flirt with a potential Manchester United takeover on Monday night – even if he did later insist that his tweet declaring interest in the club was nothing more than a “long-running joke”.

The Glazer family’s tenure has been scrutinised pretty much ever since they purchased the club back in 2005, but the mood at Old Trafford has plummeted to an all-time low in the wake of United’s calamitous start to the new Premier League season under Erik ten Hag.

The former Ajax chief has made the worst start of any Manchester United manager in over a century after succumbing to consecutive defeats against Brighton and Brentford to leave the club languishing at the bottom of the Premier League table – but it’s the Glazers rather than Ten Hag who are being held responsible.

United’s long-suffering fans have been angling for change at the top for years, and they were briefly given hope when Musk tweeted: “Also, I’m buying Manchester United ur welcome,” in a bemusing social media post on Monday night. Unfortunately, he clarified his stance a few hours later, confirming: “No, this is a long-running joke on Twitter. I’m not buying any sports teams.”

While Musk may insist he has no legitimate interest in taking over at Manchester United, the Tesla chief is one of the few names in the world who could, realistically, afford to purchase one of Europe’s biggest football institutions.

The South African businessman, who has cofounded six companies including Tesla, SpaceX and the Boring Company, has a net worth that currently stands at a whopping $270.1billion (£223.25bn), according to Forbes. That enormous total means that Musk currently tops Forbes’ 2022 list of billionaires, while he also ranks second in the Forbes top 400 list of wealthy business people.

Back to Top
Close
X
Cybersecurity threat grows, NCC issues six alerts…TechnologyThe Nigerian Communications Commission has issued at least six cyber-attack warnings since the beginning of 2022. This is due to the rising incidence …

X
Africa’s tallest mountain to get High-Speed Internet…AfricaBy Tim Korso Many of Mount Kilimanjaro’s roughly 50,000 visitors a year will now be able to post photos of their hike on social media, live stream the…