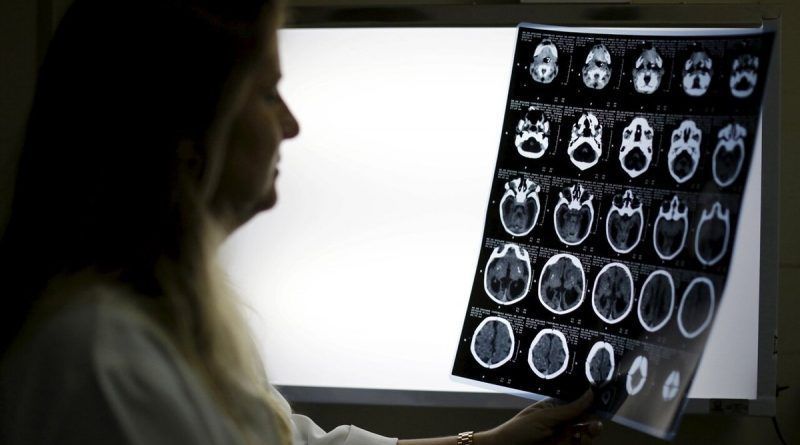 American molecular biologists have created a short protein molecule that suppresses epileptic seizures in carriers of Alzheimer’s disease. The work was published in the journal JCI Insight. It was announced Tuesday by the press office of Augusta University.

The development of Alzheimer’s disease, as well as various forms of strokes and other neurodegenerative diseases, is often accompanied by the appearance or intensification of epileptic activity. In many cases, medics fail to suppress them with existing epilepsy medications.

Researchers have developed a drug that can suppress epileptic seizures in people with Alzheimer’s disease and victims of strokes and other neurodegenerative diseases. To do this, they studied the work of ADORA1 receptors, which control the work of some nerve cells in the forebrain.

As the molecular biologists explain, these receptors and their associated neurons are responsible for triggering the processes that make a person fall asleep. Accordingly, lowering the activity of ADORA1 receptors, which can be achieved with caffeine, keeps people awake, while stimulating their activity causes the individual to fall asleep quickly.

American researchers discovered that the activity of ADORA1 in human nerve cells is regulated by a protein called neurobin, whose function had not previously been studied. Molecules of this peptide constantly interact with the receptor and prevent ADORA1 from producing too strong signals, which can unexpectedly make a person fall asleep in a dangerous environment.

Based on this information, the team developed a short protein molecule, A1R-CT, which prevents ADORA1 receptors and neurobin molecules from reacting with each other. This allows for a smooth reduction of nervous system activity when the nervous system is overexcited without the risk of the epileptic person suddenly falling asleep due to the excessive activity of ADORA1.

Scientists tested the work of this drug on mice suffering from epilepsy and Alzheimer’s disease. Experiments showed that A1R-CT peptide successfully blocked seizures both by direct injection into the rodents’ brains and by intranasal inhalation. According to the researchers, this paves the way for trials of this drug on large animals and volunteers with epilepsy and Alzheimer’s disease.

Back to Top
Close
X
Polio is back. Here’s how to keep yourself safe…HealthUntil recently, polio had been a relic of history in the U.S. Once a scourge that paralyzed or killed up to tens of thousands of children every year, …

In the U.S., a protein-based epilepsy drug has been developed for people with Alzheimer's disease

X
COVID-19: Lagos leads as NCDC records 144 new cases…HealthLagos is leading other states of the federation in the latest COVID-19 cases,  according to the Nigeria Centre for Disease Control (NCDC). The body al…