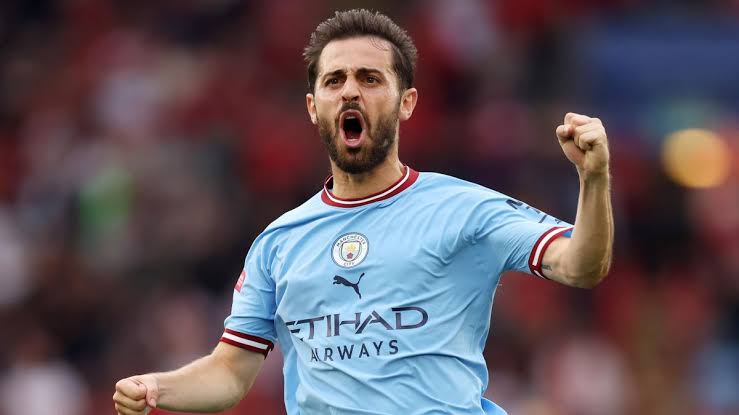 According to The Athletic, the versatile midfielder is ready to abandon the thought of moving to Xavi’s Barcelona and will commit to City for the coming season.

Given Barcelona’s financial difficulties and City’s stern stance on their £84m evaluation, questions have been raised about how the Catalans could find the funds for such a hefty fee.

It’s possible that Barca were hopeful of getting the deal for Frenkie de Jong, either to Manchester United or Chelsea, over the line to fund Silva’s move. However, with time running out and financial complications between de Jong and Barcelona, it seems increasingly doubtful that this will happen…

Back to Top
Close
X
4 goals, 3 assists in 51 games — what makes Chelsea want to pay £50m for Anthony Gordon? Answe…SoccerVia Tribuna: By Gursher Chabba Chelsea have been linked to Everton forward Anthony Gordon and have even had an initial bid rejected by the Toffees, as…

X
Man Utd owners the Glazers 'change position' on selling club as trio eye…SoccerExpressThere has been a shift in position by the Glazer family regarding the potential sale of Manchester United, according to reports. A trio of…