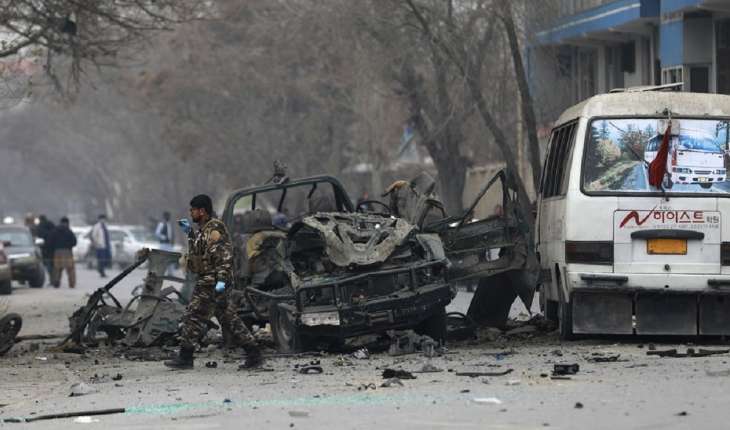 An unspecified number of people are feared dead following an explosion in a mosque in Kabul, the capital of Afghanistan.

According to BBC, the blast ripped through the worship centre during evening prayers on Wednesday, with the casualty figure yet to be ascertained.

The mosque’s imam is said to be among the dead and several others have been rushed to hospitals for treatment.

Emergency NGO, a hospital in Kabul, tweeted that it had admitted 27 of the victims, with five of them being children.

“Twenty-seven people received at our hospital so far following an explosion in the PD17 area,” the hospital wrote.

“Five children among them, including a 7-year-old.”

Back to Top
Close
X
Mystery marks on Kim's head ‘reveal scale of North Korean tyrant's health woes’…World NewsWeird marks on Kim Jong-un’s head could mean that he's agony and is having injections to hide his pain from the public.The North Korean dictator was r…

Many worshippers feared dead in explosion at Afghanistan mosque