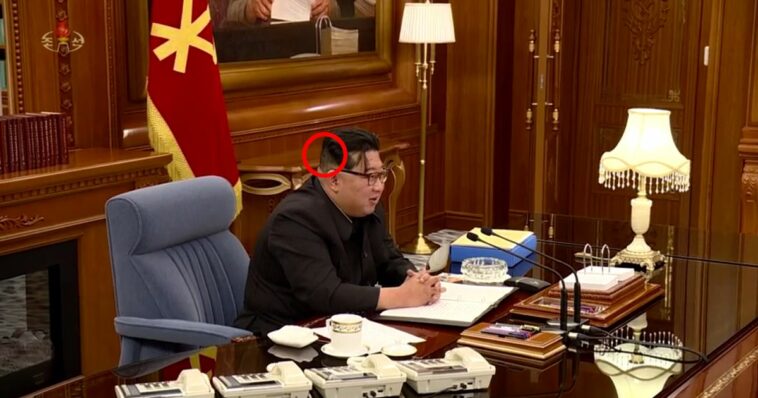 Weird marks on Kim Jong-un’s head could mean that he’s agony and is having injections to hide his pain from the public.

The North Korean dictator was recently seen in propaganda footage with a large black mark on the back of his head.

It was the latest in a series of occasions when the tyrant – who has been cutting back on public appearances – has been spotted with the strange marks.

He was seen with a similar mark in a slightly different place a couple of months ago, when it was visible in the mirror behind him during a meeting with his inner circle.

There were marks visible behind his ears in April, when he joined the Army’s 90th anniversary bash.

And last summer, the bully was seen with a flesh-coloured bandage on the back of his head during a speech.

It’s all led to speculation that he has pain so severe that he needs injections to keep up his strongman act.

X
Many worshippers feared dead in explosion at Afghanistan mosque…World NewsAn unspecified number of people are feared dead following an explosion in a mosque in Kabul, the capital of Afghanistan.According to BBC, the blast ri…