The outcome of Tuesday’s meeting between the federal government and the Academic Staff Union of Universities (ASUU) dominated the cover pages of Nigerian newspapers. 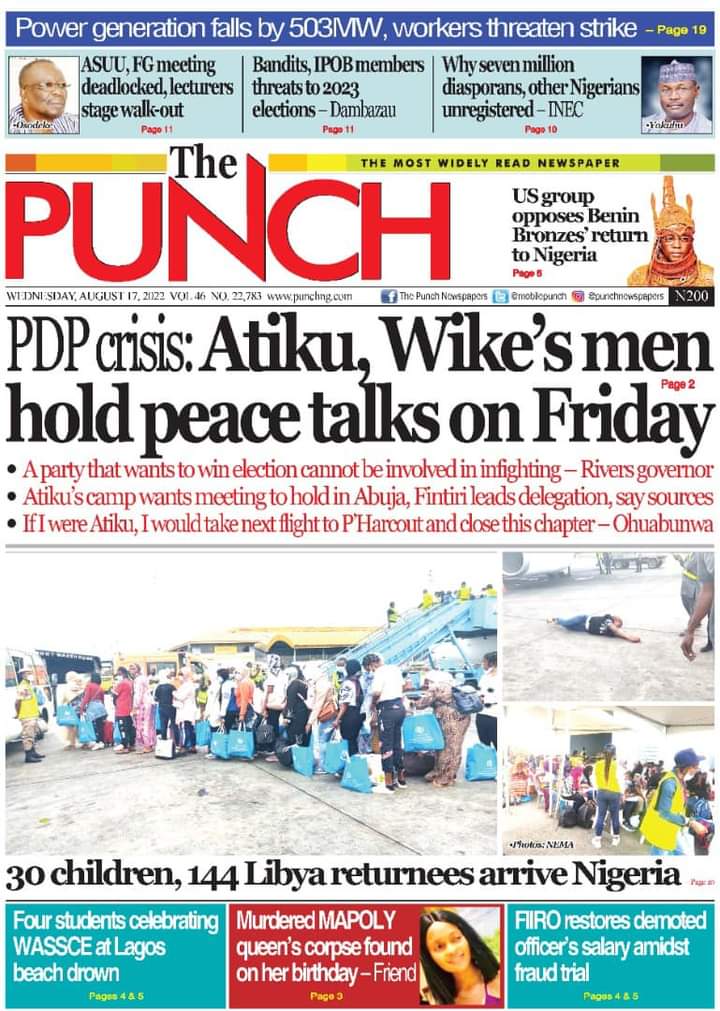 The Punch reports that the panel set up to resolve the rift between Atiku Abubakar, presidential candidate of Peoples Democratic Party (PDP), and Nyesom Wike, governor of Rivers, will meet on Friday. The newspaper says the meeting between the FG and ASUU ended in deadlock. 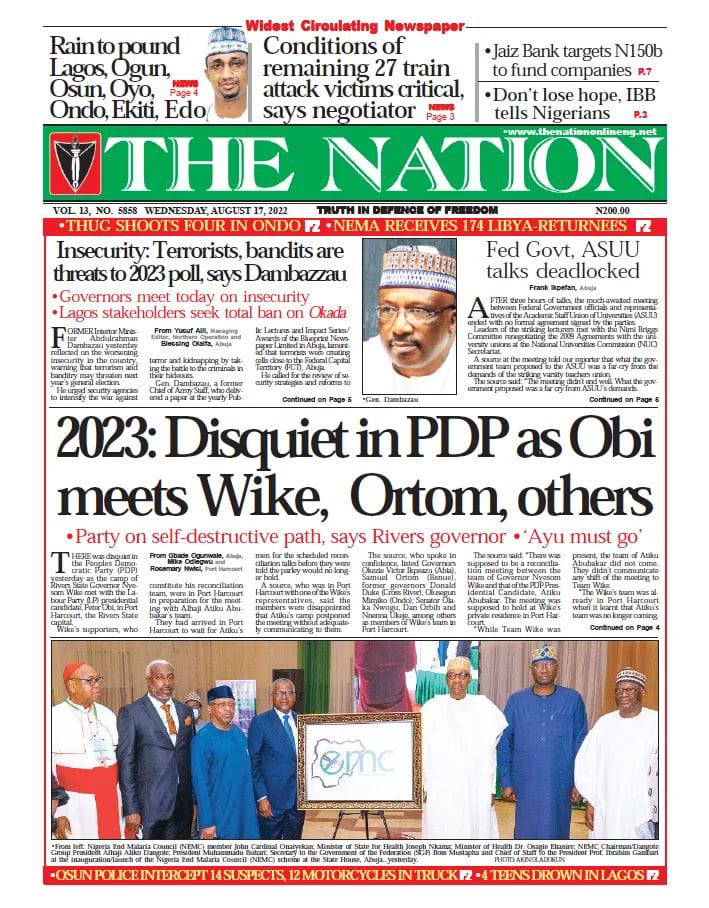 The Nation says there was disquiet in the PDP, on Tuesday, over the meeting between the camp of Wike and Peter Obi, presidential candidate of the Labour Party (LP). The newspaper reports that Abdulrahman Dambazau, former minister of interior, said activities of insurgents and bandits pose a threat to the 2023 elections. 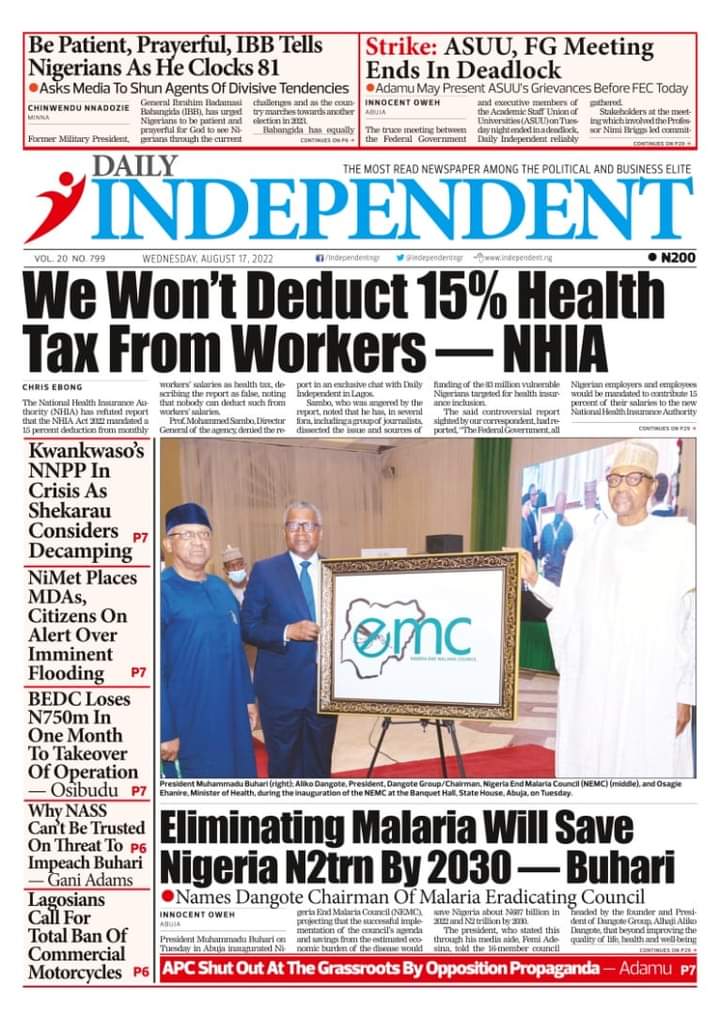 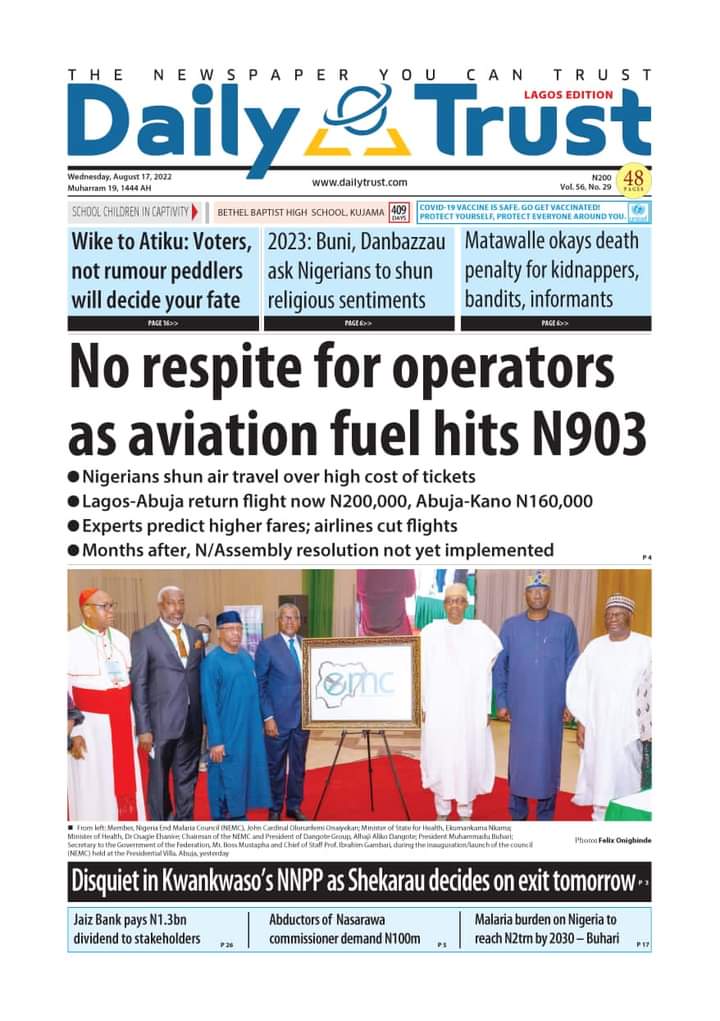 Daily Trust says there is no respite for airline operators in Nigeria as the price of aviation fuel hit N903 per litre. The newspaper reports that Ibrahim Shekarau, former Kano governor, is considering leaving the New Nigeria Peoples Party (NNPP). 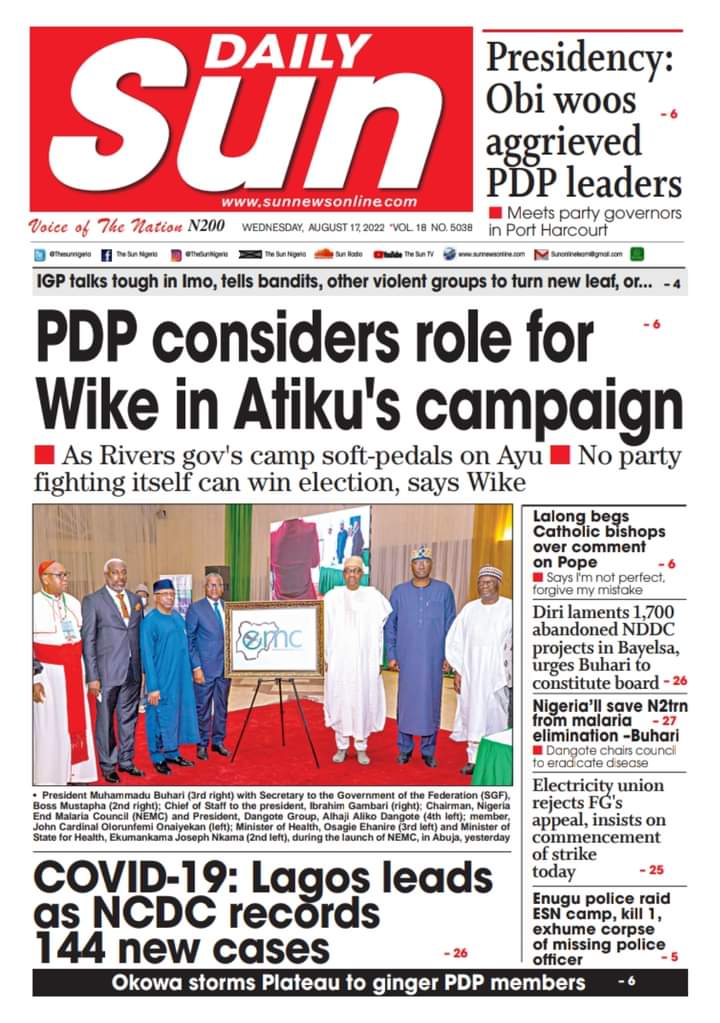 Daily Sun says electricity workers have rejected the appeal of the federal government, while insisting on strike. President Muhammadu Buhari has said Nigeria will save N2 trillion from malaria elimination, the newspaper reports.

This newspaper headlines appeared first in The Cable

Back to Top
Close
X
Nigerian Newspaper Covers, 17 August 2022MediaVia Naija News: The PUNCH: The panel set up to settle the rift between the presidential candidate of the Peoples Democratic Party, Atiku Abubakar, and…