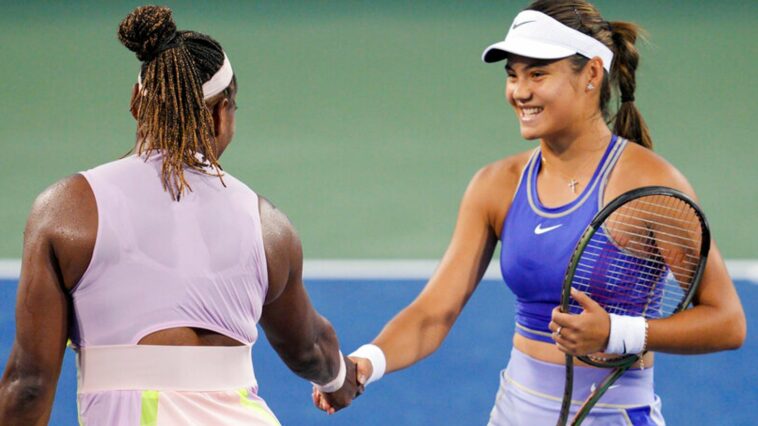 Emma Raducanu said she’s “grateful to have shared the court” with “inspirational” Serena Williams as she thrashed the tennis legend in their first-ever meeting.

Raducanu won 6-4, 6-0 in the first round at the Western and Southern Open in Cincinnati – the first time the women have played each other.

It follows Williams revealing earlier this month that she is “evolving away from tennis”, with the US Open in a few weeks expected to be her final tournament.

Raducanu put on a polished performance to wrap up the match in just over an hour, taking the second set to love.

There is a 20-year age gap between the two women and Williams won her first grand slam in 1999, three years before her British opponent was born.

“We all need to just honour Serena and her amazing career,” Raducanu told the crowd after her win.

“I’m so grateful for the experience to have been able to play her and for our careers to have crossed over. Everything she has achieved is so inspirational and it was a…