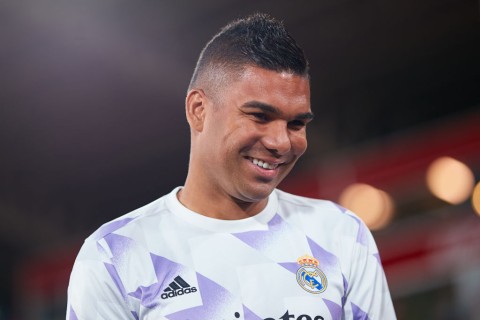 Real Madrid are not closed to the possibility of selling Casemiro this summer but will demand a massive fee from Manchester United, according to reports in Spain.

Erik ten Hag is eager to add two new central midfielders to his squad before the transfer window closes and has finally – begrudgingly – accepted that a deal for Barcelona’s Frenkie de Jong will not happen.

United have begun exploring alternatives for the Dutchman, though have already backed away from a deal for Juventus’ Adrien Rabiot due to his enormous salary demands.

In addition to a playmaking, creative central midfielder, Ten Hag also wants a more defensive, destructive presence to provide protection in front of the defence and that has seen the club sound out the possibility of signing Casemiro.

While United have yet to make formal contact with Real, they have club officials in Madrid and are exploring the logistics and likelihood of luring the Brazilian to Old Trafford.

Real have little immediate desire to offload Casemiro, but Spanish radio station Onda Cero report that they could be tempted to cash in if they receive a big enough offer.

That figure has been set at €70million (£59m) and would be considered too good to turn down, though it remains to be seen if United’s hierarchy would be prepared to pay so much for a player who turns 31 in February…

Back to Top
Close
X
Man Utd owners the Glazers 'change position' on selling club as trio eye £5bn takeover…SoccerExpressThere has been a shift in position by the Glazer family regarding the potential sale of Manchester United, according to reports. A trio of…

X
Chelsea could be set for 'superstar' signing as Thomas Tuchel sent trans…SoccerExpressChelsea target Anthony Gordon could become a "superstar" at Stamford Bridge, according to Danny Murphy. Chelsea have been questioned over …