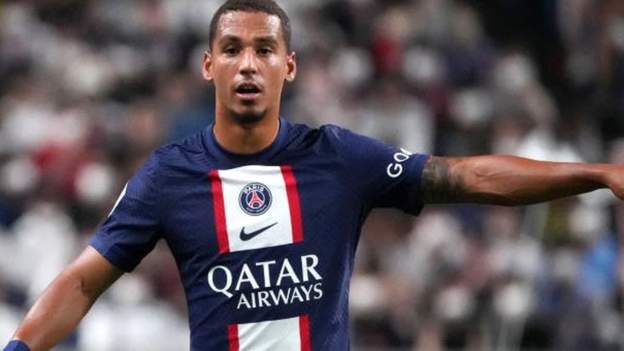 Kehrer, 25, has made 128 appearances in four years at PSG since joining for £33m from Schalke.

He has 22 international caps and regularly started for Germany during the past year.

“This is the best league in the world and I’m excited about coming to play in the Premier League,” said Kehrer, who has joined for a reported £10.1m.

“I talked to the manager and he told me about how he sees me fitting in at the club. My biggest goal now is to get into the team, integrate myself within the group and enjoy playing for West Ham.”

Kehrer, who has the option of a further two years on his contract, played 34 times for the French champions last season.

“He’s a talented player, who can play in a number of defensive positions, adding strength and depth to our current options,” said Hammers boss David Moyes.

West Ham are also in talks with Chelsea over their Italy full-back Emerson Palmieri.

Injuries to new signing Nayef Aguerd and experienced duo Craig Dawson and Angelo Ogbonna have forced Moyes to use Ben Johnson in central defence this season alongside Kurt Zouma.

Back to Top
Close
X
Elon Musk dashes hope of Manchester United fansEnglish FootballElon Musk, the world’s richest person, said early on Wednesday that he was joking when he tweeted hours previously that he was going to buy currently …

X
Agony, pain of Nigeria’s Man United fansEnglish FootballManchester United find themselves bottom of the league for the first time since 1992 after their drubbing at Brentford and face Liverpool next in what…