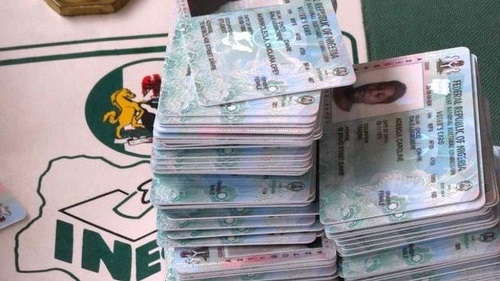 The Labour Party candidate for Ikwuano Umuahia House of Representatives in the 2023 election, High Chief Obi Aguocha has tasked the electorate to ensure that they use their PVC to elect credible candidates who would provide dividends of democracy and be answerable to people when voted to power.

LP candidate for Ikwuano Umuahia in next year’s election stated this Wednesday when he honoured an invitation of  a meeting of a political structure called” Abia Yes Movement (AYM) held at Ibiza Restaurant, BCA road, Umuahia.

The President General of Ohuhu Welfare Union Worldwide noted that voters should shun money politics and get their PVC as it is the only way to vote for the candidates of their choice and enthrone good governance in the federal constituency and the state.

He further pointed out that he was running for Ikwuano Umuahia House of Representatives because it was the turn of the Ohuhu people as their Ibeku brothers have taken their turn in the past.

Back to Top
Close
X
MP Margaret Ferrier pleads guilty to breaching COVID rules after being told to isolate early in pand…Political LandscapePolitical News - International and UK Politics | Sky News Former SNP MP Margaret Ferrier, who now sits as an independent after having the whip removed…