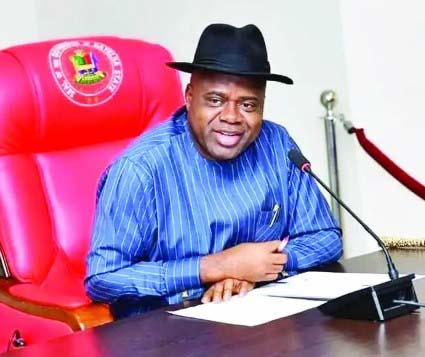 The Bayelsa State Government on Thursday said that the state has recorded 13 confirmed cases of monkeypox disease.

Dr Jones Stow, the Director of Public Health in the state Ministry of Health, who disclosed this, said the confirmed cases were among 50 samples that were sent for laboratory tests.

He stated that the infection of the viral disease could be transmitted from the products of animals or contaminated surfaces to humans.

According to him, the infection causes skin rashes that develop into big blisters and result in scars.

Stow said the state government had mobilised medical surveillance teams to carry out active searches in order to mitigate the spread of the monkeypox infection.

He said the government was also enlightening members of the public on the disease, especially among the communities where the cases were found.

Stow said, “In Bayelsa, we have confirmed 13 cases (of monkeypox) from 50 samples sent. We have sent our surveillance teams down to places to do what we call active search, moving from household to household asking to know if somebody in the household comes down with these skin rashes…

Back to Top
Close
X
Northerners hold burning brooms in solidarity walk days after destroying Tinubu, Shettima's bann…Latest NewsMore Northerners seem to be expressing their anger at the ruling All Progressives Congress (APC), perhaps over the worrisome state of the country.This…

X
EFCC partners CYMS on vote buying, cyber crimes, corruption…Latest NewsThe Economic and Financial Crimes Commission (EFCC), has agreed to partner with the Committee of Youth on Mobilisation and Sensitisation (CYMS), to cu…