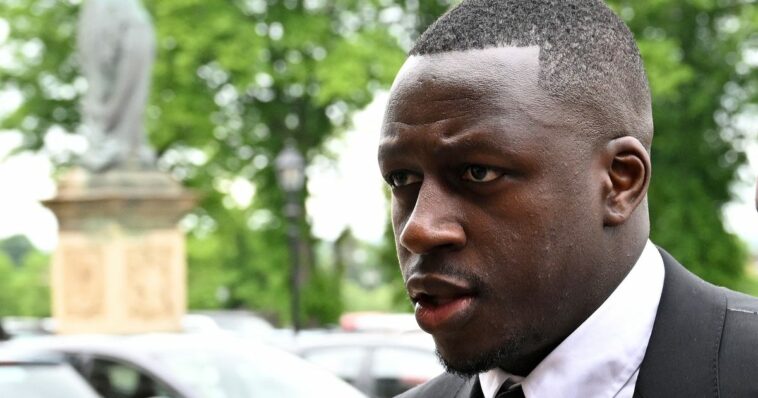 Manchester City footballer Benjamin Mendy said ”It’s fine, I have had sex with 10,000 women” after allegedly raping a woman three times in his “locked” bedroom, a court heard.

The 28-year-old French international allegedly lured the woman into his bedroom by taking her phone and looking through naked pictures of her.

Chester Crown Court heard how, in October 2020, Mendy and the woman had been at a bar earlier in the evening. Fellow Manchester footballer Jesse Lingard was also present, the court heard.

They then went back to Mendy’s house in Mottram St Andrew, rural Cheshire

The court heard how the alleged victim said, in her police interview, that he used his fingerprint to open a bedroom door and she followed him in before asking for her phone back.

Back to Top
Close
X
Three arrested, 20 corpses recovered from Edo shrine…More NewsThe Edo State Police Command at about midnight on Wednesday said it busted a ritual shrine in a building along Asoro slope, off Ekenhua Road, Uzebu qu…

Benjamin Mendy 'told woman "I've had sex with 10,000 women" after raping her'

X
DWP insists letters ARE real after social media 'scam warning' …More NewsThe Department for Work and Pensions has insisted that a seemingly fraudulent letter which has gone viral on Twitter is not a scam.The letter from the…