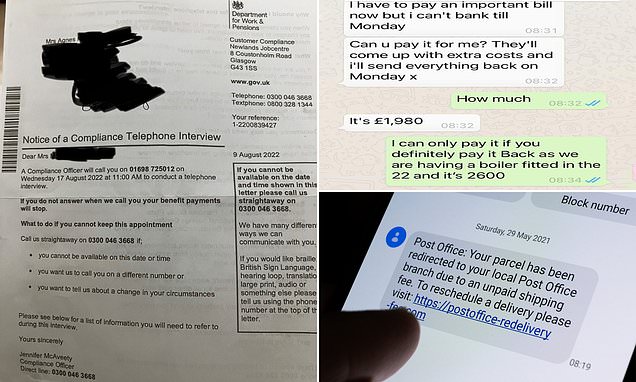 The Department for Work and Pensions has insisted that a seemingly fraudulent letter which has gone viral on Twitter is not a scam.

The letter from the DWP notified the recipient of a ‘compliance telephone interview’ and said that if they did not answer the call their benefits payments would stop.

Steph from Glasgow shared a picture of the letter on Twitter, claiming it was a scam and that her grandmother ‘almost fell for it’.

The post was retweeted thousands of times with everyone commenting on how realistic the letter seemed, except for the absence of a National Insurance number which Steph thought was strange.

She was also concerned that the letter asked the recipient to have documents such as bank statements and wage slips on hand for the call.

But the DWP has confirmed that it is authentic and that this kind of letter would not usually include the recipient’s National Insurance number.

A spokesperson said the telephone number provided is a legitimate number for one of their compliance officers, who has been inundated by calls since the Tweet went viral last night.

However, the Department continued to warn people to ‘be fraud aware and protect your personal details at all times’.

X
Raging mum 'chops off' boyfriend's penis after he 'tried raping …More NewsA mum has hacked off the genitals of her boyfriend after he allegedly attempted to rape her 14-year-old daughter.The 36-year-old mother is said to hav…