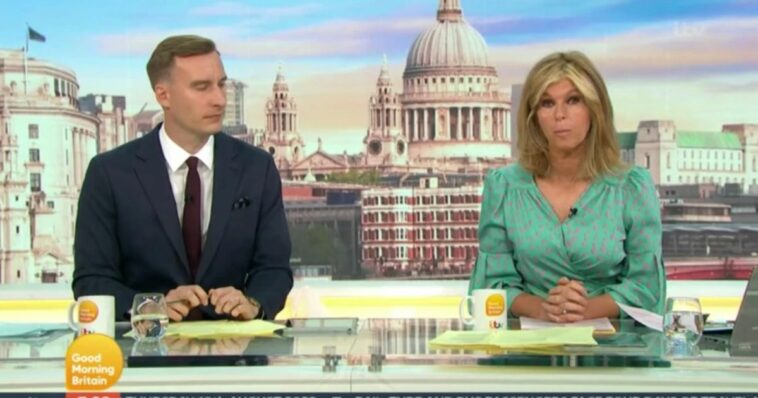 Derek Draper has had a series of health issues after he was left “fighting for his life” when he contracted covid-19 in 2020.

Last month he was rushed back to the hospital with sepsis.

The update came as Kate was interviewing the rail union boss Mick Lynch on the upcoming strikes.

She told him about the experiences she had with rail staff and staff shortages, despite praising their high levels of service.

She explained: “I spend pretty much all of my time on trains, or in hospital with Derek.”

Earlier this month, Kate said: “The sepsis is under control. One kidney is looking really good, just need to look at the other one.

“We’re back on the right side of it now.”

At the time Kate also praised the doctors for their amazing work and thanked fans for their positive messages.