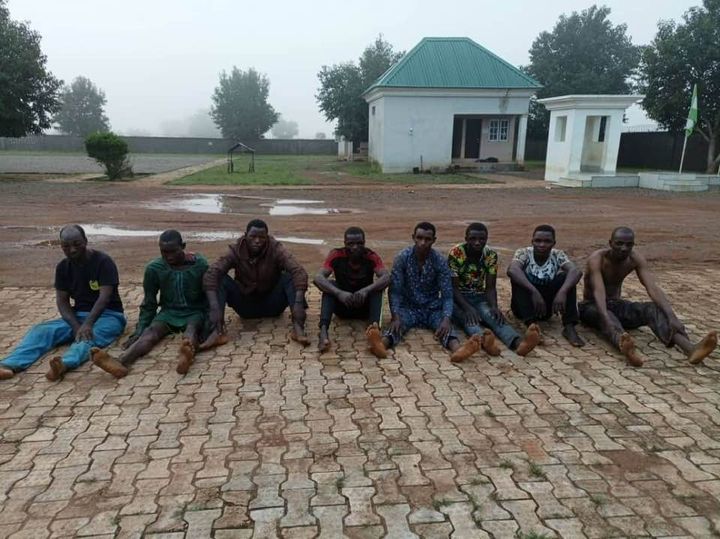 Irate members of Mariri community of Lere local government of Kaduna State have lynched a woman identified as Hajiya Bilkisu after it was discovered that the seven people she has been housing were bandits.

Members of the community descended on her as she was trying to escape after the seven suspected bandits were arrested by troops of Operation Safe Haven from her house in the commmunity, Kaduna Commissioner for Internal Security and Home Affairs, Mr Samuel Aruwan, said in a statement

He said the arrests are the result of sustained intelligence gathering.

His statement reads in parts: “Security agencies have reported to the Kaduna State Government that seven suspected bandits have been arrested in Mariri community of Lere local government area.

“One Hajiya Bilkisu, a suspected accomplice who had been housing the arrested persons, was unfortunately lynched by members of the community as she tried to escape.

“The Kaduna State Government noted the report with satisfaction and commended the troops for their prompt action on credible intelligence gathered.

“The Government urged security agencies to ensure a thorough investigation of the suspects.

“Furthermore, the Kaduna State Government appealed to citizens to avoid all forms of jungle justice, and to give security agencies the needed cooperation to work in line with the dictates of the law.

“Citizens will be updated on further developments.

X
Face of prophet who raped 13 year-old girl in Ekiti and threatened her with madn…Crime SceneNaija NewsThe Ekiti State Police Command has paraded 45-year-old prophet, Adeleye Akingbaso, who was remanded for raping a 13-year-old girl, in Ekiti …