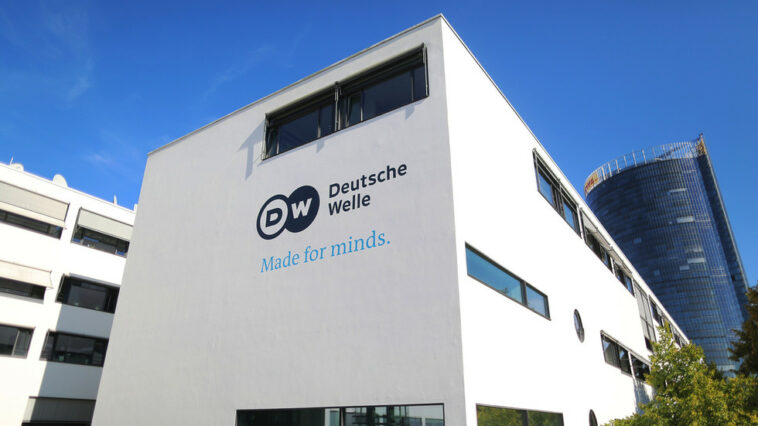 The Russian-language section of Deutsche Welle (DW) is “spreading Russian propaganda,” Oleg Nikolaenko, the spokesman for the Ukrainian Foreign Ministry has claimed, while calling on Berlin to take action.

He vented anger at DW on his Facebook page on Wednesday, saying that the German state-funded outlet was a “stooge for Russian propaganda, manipulates quotes and misrepresents the causes and consequences of the Russian aggression against Ukraine.”

The post includes several screenshots, of DW’s wrongdoing in his eyes.

One of the messages reported an initiative by a Russian political party last month to designate Ukraine “a terrorist state.”

Another was from Vogue magazine, which disproved claims that in 1939 it published a glamorous photo of Adolf Hitler and his companion Eva Braun. The theme became popular in Russian social media after the magazine printed images of Ukrainian President Vladimir Zelenksy and his wife Elena last month, with users comparing the actual…

X
Suitcase bought in auction is opened to find dead children inside…More RifsThe remains of two little kids have been found in suitcase s sold as part of an online auction.Police confirmed today the morbid luggage that had been…